The tour will bring Lumsden to Brisbane’s Old Museum on Saturday night and also includes dates in Toowoomba, Childers, Gladstone and Rockhampton and she told InQueensland she was elated to be back on the road again after having to reschedule her east coast tour three times in the past year.

“It feels amazing but I feel like my agent and I have earned it though,” Lumsden said. “We talked through every scenario every day of last year, pretty much, and we’ve just worked back and forth and moved things and changed our perspectives … Every single day, we’re ducking and weaving, trying to make this work.”

“It was completely crazy, it’s just so wild,” a clearly still-elated Lumsden said. “I felt like, in a sense, this kind of stuff happens to other people. We’re just scrapping along, getting stuff done and doing it our way and it feels really bizarre to be recognised like this but it feels amazing and I’m very grateful.” 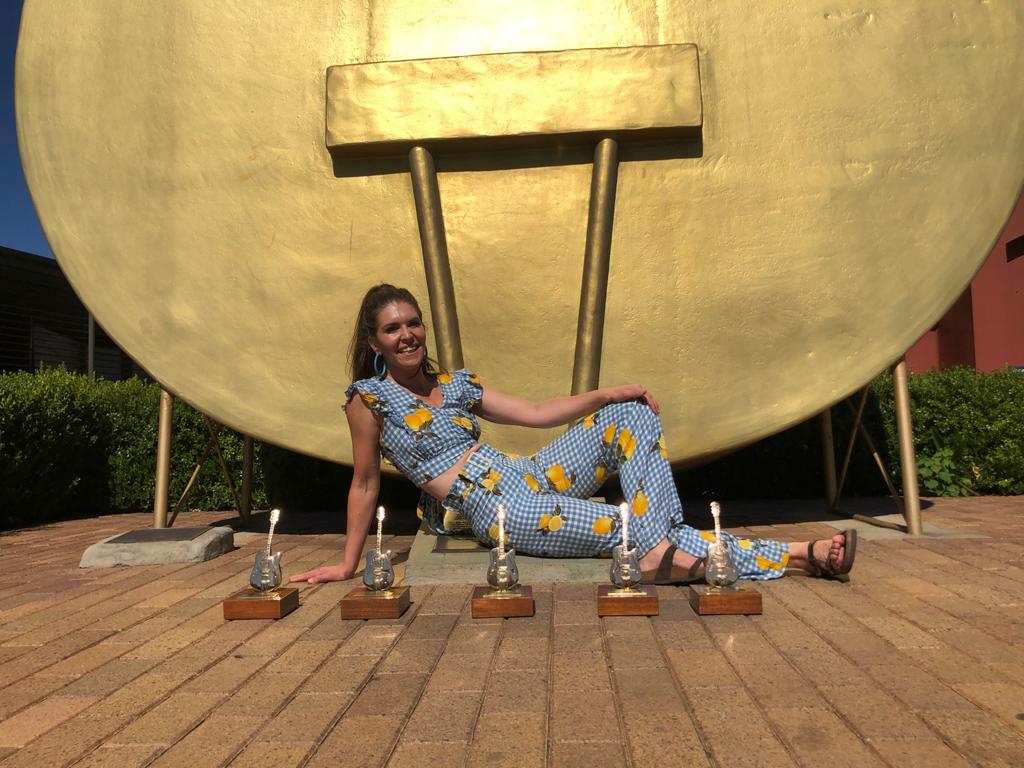 The CMAAs went ahead despite this year’s Tamworth Country Music Festival, which ordinarily coincides the awards, being cancelled.

“There were probably about 600 people there, so all of the nominees, presenters, performers, and then our guests as well,” Lumsden said.

“I think everyone was pretty excited to be at an event together, and it didn’t feel lacklustre at all. Maybe I have a biased view of that because I was winning awards but it was pretty great.”

The Golden Guitar wins and return to touring have capped off a year of soaring highs and frustrating lows for the self-managed, independent artist.  Lumsden’s 2020 began with bushfires cutting off power to the property she shares with her husband (and bassist) Dan Stanley Freeman and the pair’s young daughter at Tooma, on the southern side of the Snowy Mountains.

The property – which was spared by the blaze that burnt 10,000 hectares of the prime land in the valley – is also home to Lumsden’s studio, the Stone Hut, where she and her band recorded her third album Fallow with producer Matt Fell, which was released in March last year.

“Yep, Friday the 13th of March it came out,” Lumsden said – which also happened to be the day a raft of social restrictions were introduced and mass gatherings were banned in Australia due to the global COVID-19 pandemic.

“In the lead-up, for the few days leading up to the release, people at the label [Cooking Vinyl Australia] were saying, ‘I don’t know if you should announce your tour’.

“But we were like, we’ll be right, we’ll just do it anyway, we’ll announce it and if we have to postpone it, we’ll do that. Then the day it came out, the news was just flooded with ‘everything’s cancelled’ and we were like … and we put an album out! It was pretty full on.”

Despite the unfortunate timing, Fallow debuted at in the top 10 and at No.1 on the country charts, and went on to win Country Album of the Year at the ARIA Awards.

“The album has had such a journey,” Lumsden said. “I wrote it off the back of all this personal change – we lost family members, and then I had a baby and it was a very personal album that was inspired by the valley we live in.

“We recorded it in a stone hut on the property, and during that process, we lost more people that we love and then just after that, as we were pulling all the videos for the singles together – because we do all of that stuff ourselves – where we live was burned because we live right where the megafire was going and we had three weeks of fires.

“Then we just kept touring and touring until the album was due to come out and then the pandemic hit. But these songs were going to get out, no matter what, and people have connected with the songs in this amazing way that I never expected.” 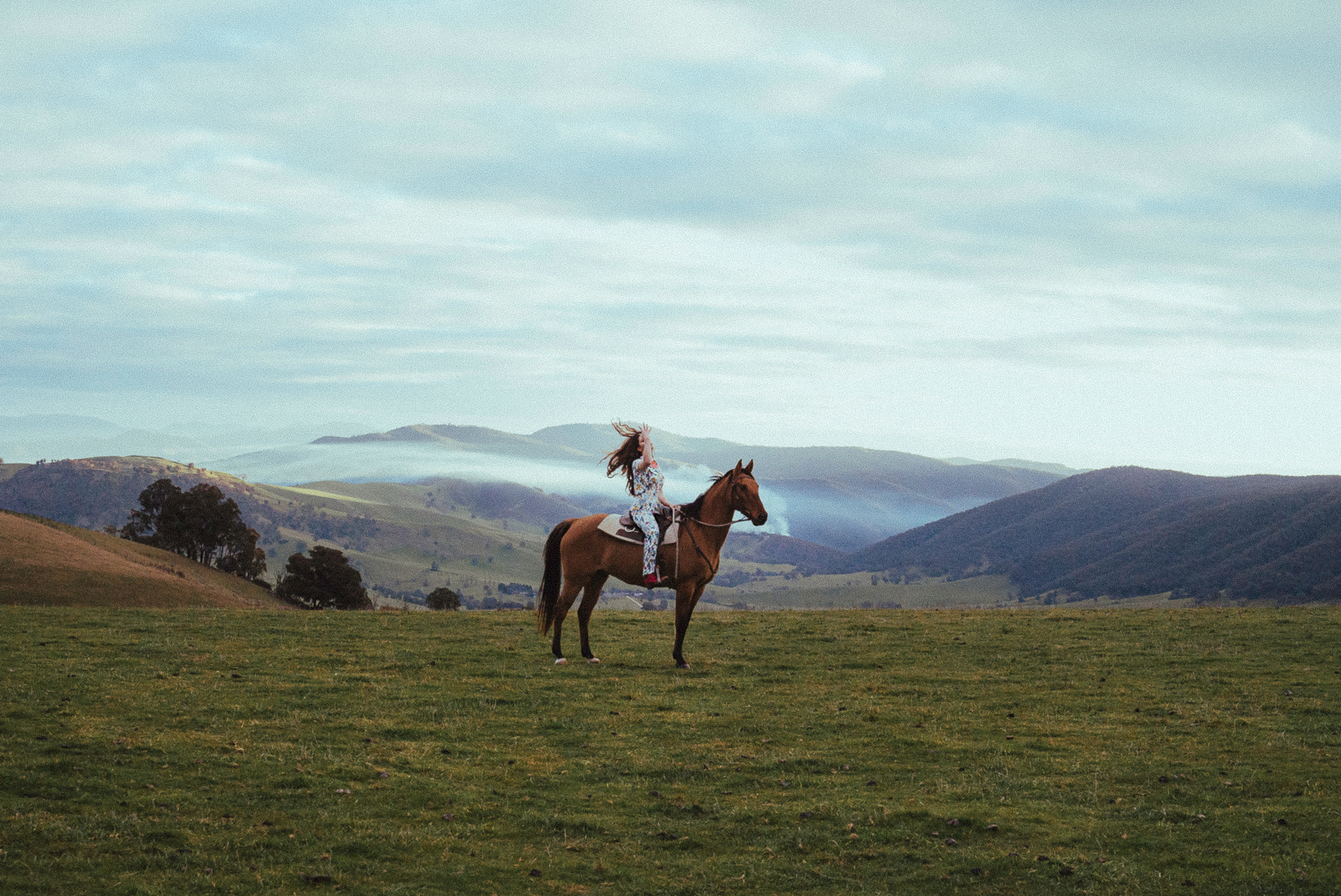 Lumsden grew up on a farm in Central NSW and has spent most of her life living in remote areas and regional touring has always been a big priority.

“We have put on shows in the middle of nowhere, and people have told me that it wouldn’t work, that people wouldn’t come and it just wouldn’t sell … and know what – those people were wrong.

“The stories that I’m writing, having grown up in the bush and currently living there, are reflective of the people that live in regional areas and I would never, ever stop sharing them with those audiences.”

Lumsden returned to the stage late last year as part of the Great Southern Nights concert series in NSW and admitted it made her realise “how much I physically needed it myself”.

“It’s been amazing, people are really hungry to be out there and enjoying live music and they’re double as loud, so if there’s half the crowd for a show [because of social distancing measures] they’re twice as loud, so it feels great anyway.”

Visit Fanny Lumsden’s website for more details of her Queensland tour or to purchase tickets.