Almost a decade ago, the North Ipswich Bowls Club looked set to suffer the same fate as countless others around the country and shut its roller doors for good until a ragtag bunch of colourful strangers – led by Trevor Trevanion, who now runs the Outback Divas – sashayed in one day to book the club’s function hall for what was intended to be a one-off drag event.

After several successful shows, another drag troupe, Taboo – led by Karl Eastaughffe, aka Crystal Heart – created what has become a regular fixture at the club and nine years later, the club has kept rolling along, thanks largely to the success of the monthly Taboo event.

“Karl was one of the originals but he didn’t run it at that point and what happened was that original troupe wasn’t doing so great and he sort of stepped in and formed Taboo nine years ago,”  Lake – writer, director and producer of Bowled Over: a Dragumentary – told InQueensland.

It’s taken a long time for the story to make its way from the bowling green to the small screen, with Lake, from Brisbane production company Flickchicks – who has previously helmed multi-award-winning ABC documentary The 100+ Club and factual Discovery Channel series Snake Boss – first deciding it was a project she wanted to tackle in 2014.

“I pitched it to SBS six years ago and they knocked it back, saying it didn’t meet the charter at the time,” she said. “Then last year, there was a competition at a doco conference and I just threw it in and went, stuff it, I’m going to have another go and, of course, it’s very timely now.”

On the surface, the narrative for what would become Bowled Over initially seemed obvious – drag queens save bowls club – but telling that story in an engaging manner wasn’t as simple as it seemed at first glance, as Lake explained.

“It was four years in, and ostensibly, they’d kind of almost saved the club, the club gets all the profits from the drinks and that’s considerable, so it was ticking along and the story was really hard to document because obviously the hook was how they save the club but they’d already saved it – and they’re still in the process of keeping it ticking it over.”

When Flickchicks eventually got the green light from SBS two years ago and Lake revisited the project, a new narrative – or three, to be precise – quickly emerged.

Bowled Over centres on the stories of three drag performers – Crystal Heart, Wanda Dparke (Ross Waghorn, who also narrates) and 12-year-old Candy Featherbottom (Logan Kelly) – who are now having to save themselves, their careers and their dreams.

“It was a very tumultuous year for them, respectively, and they’re all at different stages of their careers.  Karl, or Crystal Heart, is the leader of the pack and he’s always threatening to retire and basically, if he goes, the whole kit and caboodle goes. Logan is just starting out with his career and Ross has had a renaissance – he had basically hit rock bottom and was on the way out, physically.

“So they’re all at different stages– Logan’s trying to start a career, so that became  I guess the overarching story arc but also there’s that underlying jeopardy of, is this whole house of cards going to collapse? Karl is keeping it all together.”

Viewers may be surprised to learn the man best known for having a hand in Queensland’s most recognisable puppet – Jamie Dunn, of Agro fame – also had a hand in bringing this tale from the bowls club to the small screen. 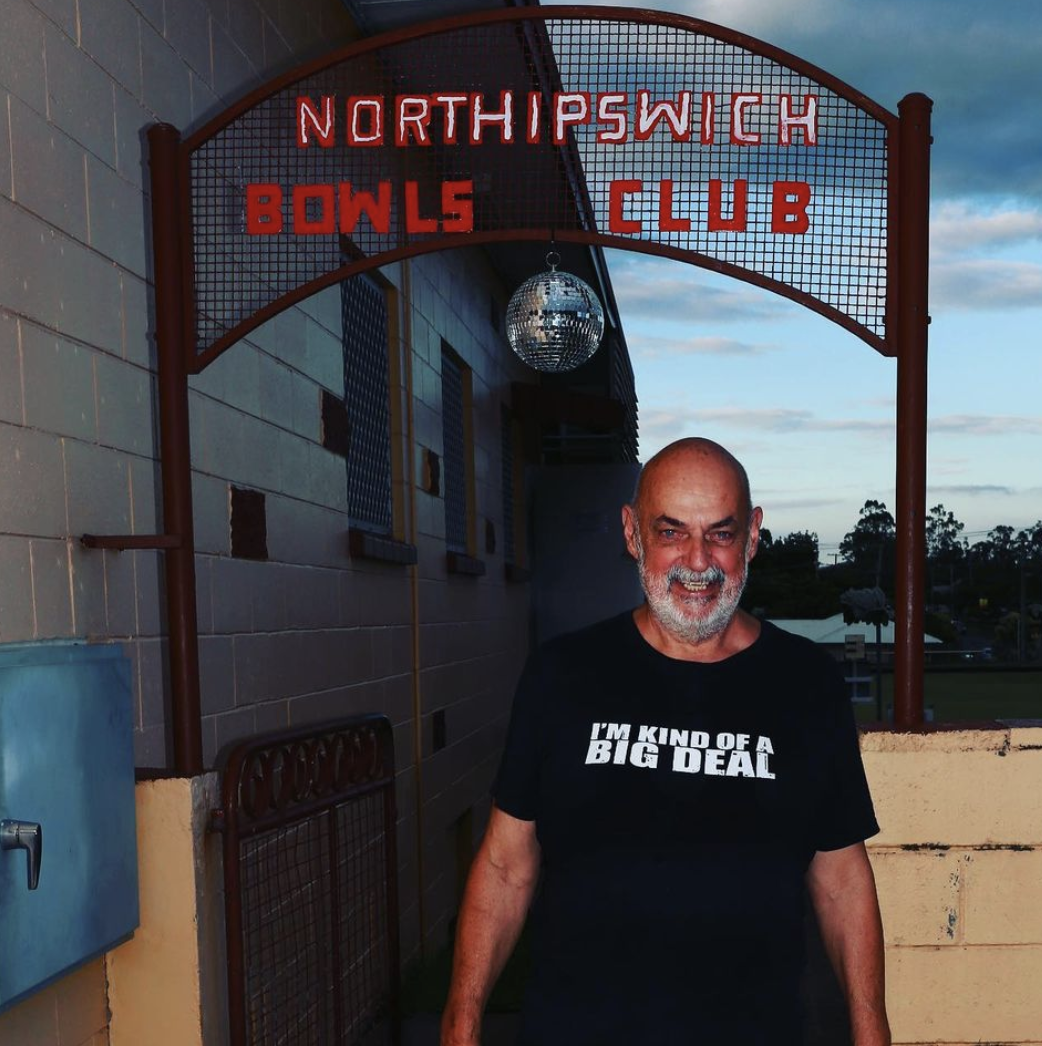 “I’m mates with Jamie and he was dating a woman who lived down the road from the club and he phoned us and said, ‘Oh my God, have I got a story for you, you have to come out here to Ipswich and see what’s in the water, this drag show is just going off in this bowls club’, so we ended up going out and it was just phenomenal.

“It was just so joyous and such a happy place and I left and thought, wow that’s probably one of the happiest nights I’ve ever had.  It’s a place where you kind of leave the troubles at the door, it’s like an oasis.”

Ipswich might not be viewed as the most progressive or tolerant city and as Lake put it, “a bowls club probably isn’t considered as the bastion of open-mindedness, either”.

“I guess that was the prejudice going into it, that this is the least likely place to host a drag show and have it be so successful,” she said.

“But the most remarkable thing about it is probably 90 per cent of the audience is very straight and not just straight but like something out of The Castle, or Crackerjack, real authentic salt-of-the-earth Aussies, very working class, the majority.

“Ipswich still doesn’t have a lot of social outlets, particularly for the LGBTI community, but it’s this magnificent coming together of these worlds.

“It’s the most family friendly drag show in Australia, if not the world, because drag obviously, mostly it’s not very PG but this is quite PG, kids there have grown up with it – I’ve seen this girl go from being six years old to becoming a teenager since I’ve been going.

“There’s a mob from the local retirement village who head along in their minibus – at one show there were 40 of them, and they ended up dancing on tabletops, so you’ve got a whole spectrum.”

After dedicating several years to telling the Taboo story, it’s unsurprising to learn Lake isn’t finished telling it, with plans already in motion for a follow-up and a scripted feature film, which Lake said Flickchicks is pitching as “Billy Elliot-cum-Kinky Boots-cum-Castle-cum-Crackerjack”.

“I think I’m going to end up doing a sequel, and it’ll be following Wanda to West End, London,” she said.

In the meantime, she’s hoping Bowled Over will help audiences overcome their biases, teach some valuable lessons about acceptance and “put a spotlight on misconceptions about drag queens”.

“That’s what I really want this film to do, it’s got some really deeper layers to it, it’s not just glitter and gold. Really, it centres on family support and the power of family and the power of acceptance.”

Bowled Over screens as part of SBS’s Untold Stories from 8.30pm tonight and on SBS VICELAND from 10.10pm on January 24.