OQ artistic director and chief executive Patrick Nolan revealed the 2021 season would be anchored by major productions of Lorelei, The Marriage of Figaro and Aida playing to full houses at QPAC venues.

They were joined by a 60-voice OQ chorus and accompanied by a 70-strong Queensland Symphony Orchestra, performing under the baton of Dane Lam, the audience members were treated to a program of songs including Mozart’s ‘Letter Duet’, the ‘Brindisi’ (the ‘Drinking Song’) from Verdi’s La Traviata and a rousing rendition of ‘Nessun Dorma’ led by Wang.

The concert also included an encore performance of ‘Songs of Belonging’, a song by Queensland composer Helen Franzmann created with students from Yeronga State High School and Opera Queensland, and a surprise appearance by Brisbane singer-songwriter Megan Washington, who delivered an impassioned version of ‘Catherine Wheel’ from her latest album Batflowers.

“To be here this evening launching a season full of new productions of performances that can play to 100 per cent houses is an extraordinary privilege,” Nolan said, thanking Chief Medical Officer Jeannette Young – who was in the front row – for her efforts this year.

Queensland Arts Minister Leeanne Enoch was also on hand for the concert and the announcement.

“There is a lot to celebrate here tonight, with the launch of Opera Queensland’s 2021 season coinciding with their 40th anniversary,” Enoch said.

“With our borders set to open to Greater Sydney and Victoria from December 1, we can once again showcase Queensland’s rich, vibrant and talented arts sector to interstate audiences.”

The 2021 season begins with Lorelei, a contemporary reimagining of a traditional myth combining cabaret, burlesque and opera, at QPAC’s Concert Hall from March 6-13.

“Lorelei was scheduled to open our 2020 season and we are delighted audiences have another opportunity to see this fun, new Australian work, sung in English, with its original cast of Ali McGregor, Antoinette Halloran and Dimity Shepherd,” Nolan said.

Mozart’s comedic tale of friendship and devotion for the ages, The Marriage of Figaro, directed by Nolan and featuring rising stars Sofia Troncoso and Jeremey Kleeman alongside soprano Kong and baritone Carbó, will feature at QPAC’s Playhouse from July 15-31.

Soprano Sofia Troncoso will star in The Marriage of Figaro.

Capping off 2021’s mainstage program will be Verdi’s blockbuster Aida, a co-production with Opera Australia, will play at QPAC’s Lyric Theatre from November 3-19, with Natalie Aroyan in the title role.

In addition to the mainstage season at QPAC, OQ will also be touring Are You Lonesome Tonight – a new cabaret-style production that explores the intersection between country music and opera – across regional Queensland, covering 6000km and 25 locations throughout May and June.

Featuring the music of composers such as Mozart, Puccini and Verdi, as well as songs by artists including Paul Kelly, Slim Dusty and Dolly Parton, Are You Lonesome Tonight will also feature as part of the program for the multi-region Festival of Outback Opera, which will bring opera to communities in Longreach, Winton, Barcaldine, Blackall and Windorah in late May.

Festival of Outback Opera, which is funded through the Year of Outback Tourism Events Program, will kick off with Singing in the Night, a series of concerts in Longreach and Winton presented in partnership with Camerata, Queensland’s Chamber Orchestra.

Enoch also confirmed Wagner’s Ring Cycle, originally intended to be one of the highlights of Queensland’s 2020 cultural calendar, would be going ahead in the latter part of next year.

“I look forward, like I’m sure all of you do, to Opera Queensland’s partnership with Opera Australia in presenting Wagner’s Ring Cycle at QPAC in 2021,” she said of the 15-hour epic, which is considered the pinnacle of opera and will be performed over four nights in a season that runs from October 29 to November 20.

The acclaimed OQ Studio Series will also return in 2021, offering singers and audiences the opportunity to encounter with the art of song in the intimate space of Opera Queensland’s South Brisbane studio.

In a coup for the company, soprano, composer and artistic director Deborah Cheetham AO will make her OQ debut with her Studio Series recital, Songs My Mother Sang to Me from 19 to 20 March 2021.

Also making her debut with the company is Indigenous performer, composer and singer-songwriter Jessica Hitchcock, who brings her charismatic stage presence and performance versatility to the Tivoli in Songs that Made Me on September 12 as part of Brisbane Festival.

OQ will reach more Queenslanders than ever before with an expansion of Sing Sing Sing in 2021.  Artists will lead the social sing-along at Emporium Hotel South Bank’s Piano Bar, the new home of Sing Sing Sing, on the last Wednesday of every month, while Virtual Sing Sing Sing sessions will stream into homes across the planet via Zoom on March 18, May 13, 17 June 17 and 15 October 15.

A dedicated schools and youth program will nurture a lifelong learning and love of song for all ages including a series of classical, contemporary and choral youth workshops from April 12-13 and September 27-28.

Opera Queensland partners with shake & stir theatre co to stage The Frog Prince with an energetic cast of young performers introducing primary-aged students to composers such as Mozart, Rossini and Bizet from September 22-25. 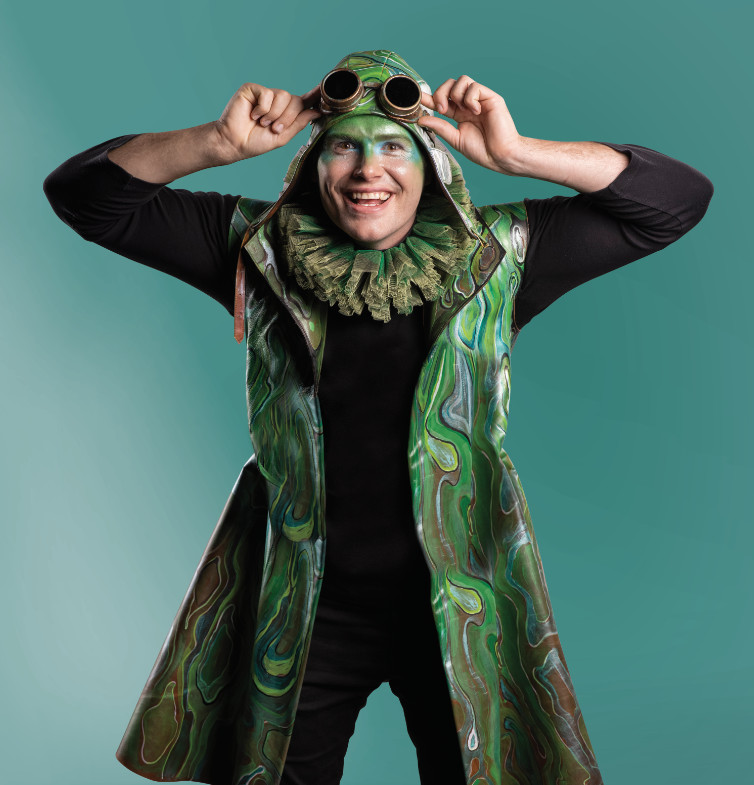 Opera Queensland will partner with shake & stir theatre co for The Frog Prince.

The two companies collaborate again to stage Puccini’s La bohème, an exploration of how young people cope with the uncertainty and pressures of today’s world, for secondary school students from September 24-25.

Opera Queensland will also implement its new Disability Action Plan and Reconciliation Action Plan, including the employment of a First Nations artist consultant.

“We are thrilled to be launching our Disability Action Plan in 2021, creating opportunities for our company to work with artists from a diverse range of abilities,” Nolan said.

“Our work with First Nations artists and communities is going to be a vital part of Opera Queensland’s operations over the coming years. We see both of these relationships as central to the work we create and the audiences we are building.

“We’re 40 and fabulous and we’re inviting everyone to join the party.”

Subscriptions to Opera Queensland’s Season 2021 are available at oq.com.au