QPAC’s chief executive John Kotzas said that after what has been an incredibly challenging year, the return to 100 per cent capacity was welcome news for the arts sector and local audiences.

“After months of closure and then only being able to operate at 50 per cent capacity, it’s wonderful that we are able to bring artists and audiences together in greater numbers again,” Kotzas said.

“We’ve been working with producers, companies and artists to find ways to offer more people a chance to experience upcoming productions. I’m pleased to announce we will be able to offer new tickets to the majority of shows at the centre in December.” 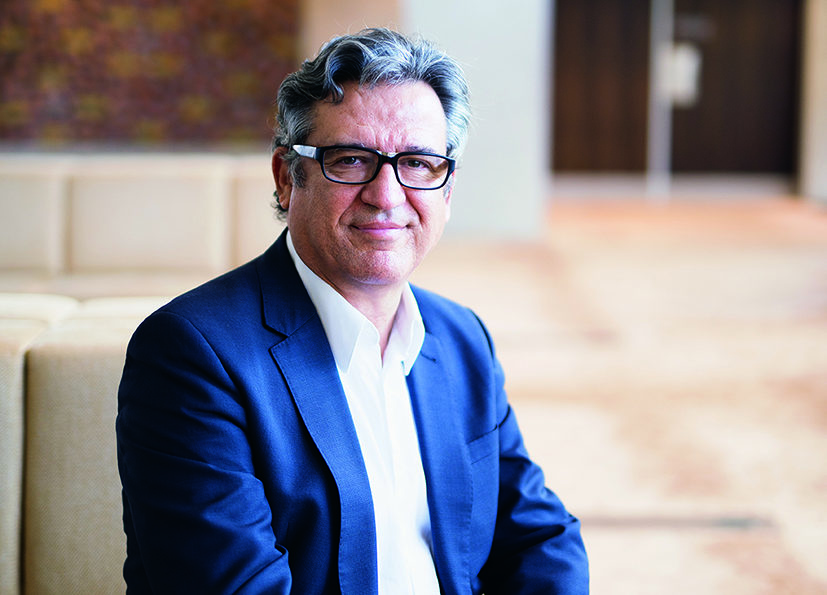 “What a brilliant way to end a tumultuous year, with a new work by an outstanding local playwright and starring some audience favourites,” Lewis said.

Kotzas said QPAC’s current program of events, which includes Circa’s Carnival of the Animals, Queensland Ballet’s 60 Dancers: 60 Stories, shake & stir theatre co’s A Christmas Carol and QPAC’s own Spirit of Christmas, were “all but sold out, so it is wonderful that we are able to open them up to 100 per cent capacity and more people can return to live performance”.

Circa’s artistic director Yaron Lifschitz described Carnival of the Animals, as a show about the “deep pleasure of connectedness”.

“I think right now, the pleasure of connectedness sounds like a very good thing to be to be having,” Lifschitz said.

After staging A Christmas Carol at QPAC’s Playhouse for the past two years, shake & stir’s production of the Charles Dickens classic has moved to the larger-capacity Lyric Theatre for its 14-show season from December 16-24 and has already sold out its initial 50 per cent capacity limit.

“A lot of good things have come back quicker than they have anywhere else and we’re just so thrilled that that’s happened and that A Christmas Carol will be part of that as something so festive and large-scale to wrap the year up after what’s been quite a tumultuous year, just to bring a bit of joy,” shake & stir artistic director Nick Skubij said.

“It’s a really great opportunity for people of all ages to re-engage with the community and re-engage with theatre and remind themselves as to why it’s such an important part of culture, to be able to go and see people share stories live on stage and be in that sort of environment.”

Eugene Gilfedder as Ebenezer Scrooge in shake & stir co’s A Christmas Carol, which is returning to QPAC’s Lyric Theatre in December.

Arts Minister Leeanne Enoch said the easing of restrictions that had allowed QPAC to return to full capacity was due to the success of Queenslanders’ response to the COVID-19 pandemic.

“We had the Brisbane Festival, which was the first major festival on the eastern seaboard, we did that really sensibly very well with regards to COVID and now we’re seeing our venues be reopened in a way that’s going to ensure that artists are back out there, audiences have confidence and can re-engage in the arts, and the sector gets to bounce back quicker than any other state,” Enoch told InQueensland.

Enoch said Queensland was the first state in Australia to be able to open its theatres to 100 per cent capacity without an exemption required.

“These changes are welcomed by artists and audiences alike and will support the viability of live performance and the continued return of major festivals.

Kotzas encouraged anyone who missed out on tickets to any of the QPAC’s currently scheduled events to sign up to the waitlist to be the first to know when new tickets will be going on sale.

He also said as excited as everyone at QPAC was to be able to return to full houses, there was still much to work through.

“We will of course continue to partner with Queensland Health in updating our COVID-Safe Plan as the health and safety of our audiences, staff, artists and crew is our number one priority,” he said.

“We’re grateful to the Queensland Government not only for their leadership through this health crisis, but also for their support of our industry that has enabled seasons such as our Queensland’s Own program that allowed a return to live performance, albeit in reduced numbers.”

All current ticket-holders for shows in December will be contacted by QPAC to advise of any changes to existing performances.

Visit QPAC’s website To join the waitlist to hear about when new tickets will be on sale for existing shows, and to hear new shows and events coming in the New Year.