Cloudland Films said The Underdogs – which will be directed and produced by Neil McGregor (The Little Things) with producer EJ Garrett (Murri Minute) and writers David Owen, Todd Atwood and Sam Atwood – will celebrate the extraordinary life and achievements of Maroons legend and Indigenous rugby league champion Arthur “Artie” Beetson, widely regarded as one of the bravest and most talented players in the game’s history.

The film also explores the efforts of then-senator and Queensland Rugby League president Ron McAuliffe in helping navigate the political and bureaucratic minefield of the era to get the ball rolling for the inaugural State of Origin match at Lang Park.

“It’s a very Queensland story because that’s how Origin was born, but it really is a lot to do with Artie,” McGregor told InQueensland.

“It’s mostly set in 1980, of that game, but also with Ron McAuliffe, who helped steer the politics in getting the game to be played, so it has a bit of both of those characters’ stories, so it’s not really a biopic, it’s more about the game itself and the story behind what made the game what it is now.”

Many sports-oriented Australian feature films have relied heavily on humour and situational comedy to help drive their narratives – think Crackerjack, The Merger and Backyard Ashes – and McGregor said although the playful and sardonic personalities of the era’s players would result in some comedic moments, The Underdogs would take a more serious approach overall.

“When you tell a story about sports in Australia, you can’t have it without that larrikin mateship that is very much a part of Australia and our culture but it’s definitely going to take a more dramatic kind of tone, but I think there’s a little bit of light-heartedness in there,” he said.

“I think what makes a good film, with sport particularly, is it has a little bit of both. There is a lot of responsibility in this film and how we’re going to tell it but the kind of players, if you’ve met them, or seen them I guess in their natural habitat on the field and in the dressing rooms, 1980 was a very different place in Australia and particularly in Queensland, so I think you’ve got to have a bit of authenticity.

“You can’t be exact on every single event, it’s more about painting the picture of what those events were and I guess we’ve got to bring a little bit of that humour into it too, to a small degree.”

McGregor said in addition to being one of mainstream Australia’s most iconic sportsmen, Beetson remains a role model for Indigenous players and communities, and telling his story was not a responsibility he took lightly.

“I must admit, when I first looked at this story, it felt like it might be one of those stories that maybe it’s too much responsibility to touch but Artie was such an incredible person. When you look at what he achieved, it was quite progressive in that you had this Indigenous captain of the state of Queensland and Australia for 1980, which was a very, very different time.”

Producer EJ Garrett agreed, saying State of Origin had been the one sporting event in his life that he had never missed.

“Growing up I looked on in awe as the stars of the game were immortalised because of their courageous feats during these ferocious battles,” he said. “It was state against state and mate against mate.

“As a storyteller, the opportunity to bring the first-ever State of Origin game to the big screen is a privilege but also a big responsibility. The history of the State of Origin is an important story that helps to define Queensland and Queenslanders. 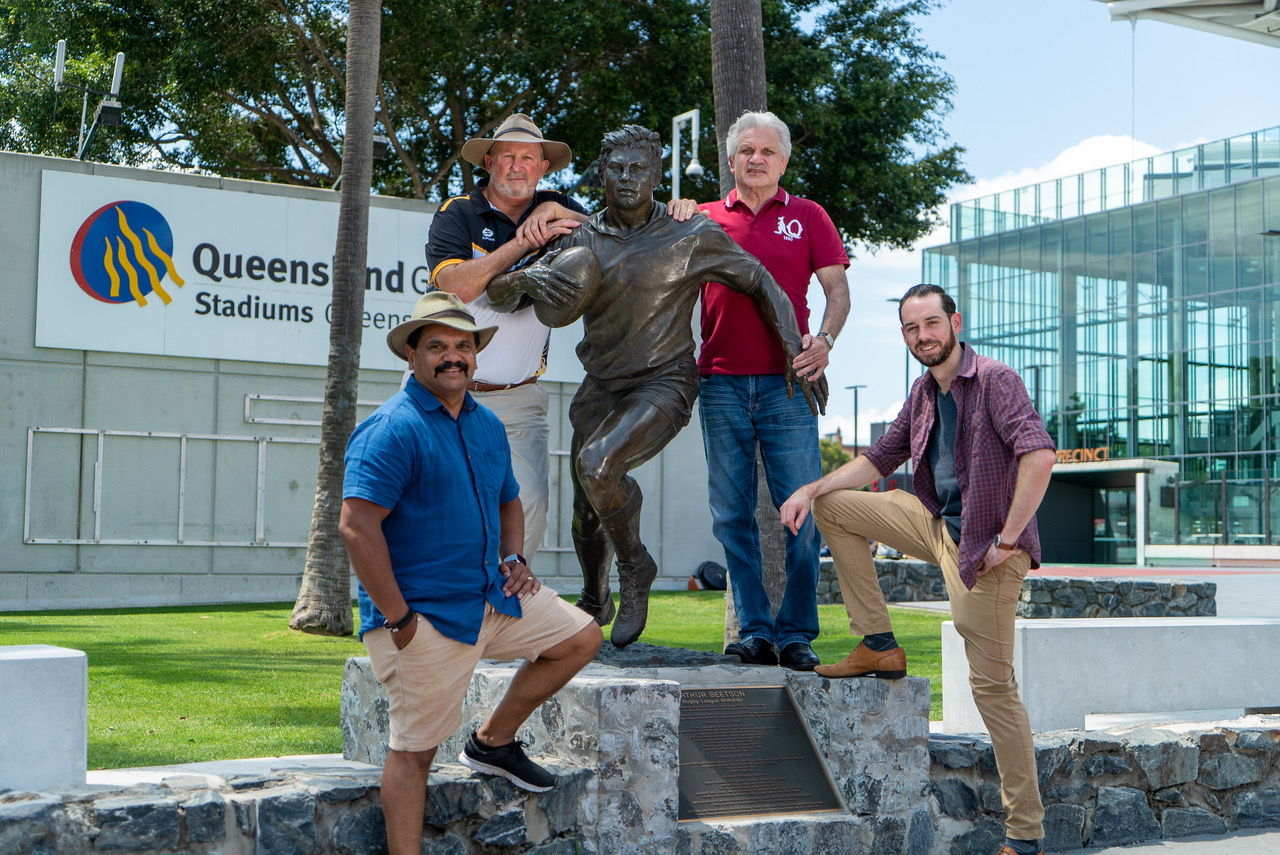 The writing team interviewed many former Origin greats from both sides of the border to find the true story of this first State of Origin decider. The film has been endorsed by Queensland Rugby League, The Artie Beetson Foundation and Origin legends including Chris Close and Colin Scott.

“There have been in a lot of conversations with a lot of people involved just to make sure we get all those things right,” Garrett said.

“The story has integrity, and we are sensitive that there are people involved with this story that are still around today, so we want to make sure that we get it right and if anyone wants to reach out, they can go to our website and send us a message.”

Maroons Former Origin Great Scott still fondly recalls running on to the field at Lang Park to play alongside Beetson 40 years ago.

“It stands as one of the defining moments in Australia’s proud sporting history and it’s humbling to know a movie will be made about it – and rightly so,” Scott said.

“The story of State of Origin is for everyone who loves a story about an Aussie battler who wins against all odds, like we did back 1980.”

Despite both McGregor and Garrett being self-professed parochial Queenslanders, the director said the story had a broad appeal and had the potential to connect with a wider audience than dyed-in-the-wool rugby league fanatics.

“It’s quite a strong story to tell and I think it will actually reach beyond the state borders into not just Australia but internationally, where rugby league, through COVID, has had a growth of followers who have been watching the game because it’s one of the few sports that have been being played through this year.

Production is currently scheduled to start on The Underdogs late next year, with McGregor saying he and his team wanted “to make sure that we’re doing it the right way”.

“It’s more about taking that time to do it right, rather than rushing a production,” he said. ‘But we’re excited to take that next step to get the film made and get it out there to audiences because that’s the reason we make films – to find audiences and to start conversations.”

To keep up to date with the production or to contact the filmmakers, visit stateoforiginmovie.com