The season is scheduled to launch on November 5 with a collaboration between iconic Brisbane singer-songwriter Ed Kuepper and the Queensland Symphony Orchestra.

Megan Washington will also be making a triumphant return after her three sold-out Brisbane Festival shows and there will be extended seasons of Bite Club, a jaw-dropping cabaret by Briefs Factory and featuring performances by singer-songwriter Sahara Beck; and Le Coup, a daring circus and physical theatre piece by Company 2.

“We really wanted to fill the calendar for the rest of the year, not only for us but for Brisbane,” Sleswick told InQueensland.

“We realised there was probably going to be a lack of things to do and we really wanted to kind of curate the program and take control over what we were putting in the venue.” 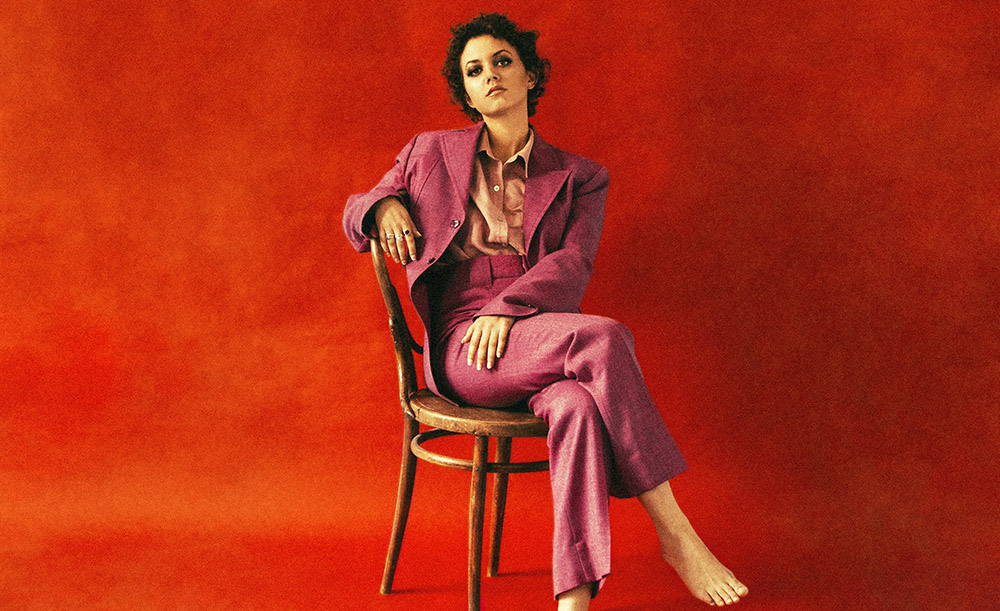 Sahara Beck will perform with Briefs Factory during Open Season.

Sleswick said the Brisbane Festival shows, most of which sold out well in advance, demonstrated that there was an appetite for cultural engagement and that audiences were slowly beginning to feel more comfortable being in safe public spaces.

Open Season received financial assistance from the State Government through the Live Music Venue Support program and Arts Queensland’s Play Local initiative, which were components of the recent Arts and Cultural Recovery Package.

From the time the State Government slowly started to ease restrictions in June, The Tivoli has been steadily adapting to the changing social conditions, starting with dining experiences of 10, and then 20 people, before reopening the venue to small-capacity concert events.

The Tivoli recently announced a partnership with City Winery, which has been using the Tivoli’s large-scale commercial kitchen as a prep kitchen for its restaurant and collaborating with the venue for corporate events.

He said this partnership would extend to Open Season in an effort to further enhance the cabaret “dinner and show” atmosphere, with seasonal menus, premium drinks and upmarket bar food made onsite. But he stressed there were “a variety of price points available” and that they had done their best to offer a range of options for potential audiences.

“There’s a fair bit on offer there and we have tried to make it as accessible as possible. I think one of the tricky things is, obviously from a financial point of view with only having a small number of people in the building, things have obviously shifted a little bit for everyone trying to make them work but hopefully there’s enough on offer there for everyone.”

Despite the further easing of social restrictions earlier this month, Sleswick said indoor venues’ capacities were still operating under the same strict COVID-safe plans they had been in the weeks prior.

“The restrictions that have been lifted haven’t really affected us because it’s been mainly been to do with outdoor venues, so our capacities are still relatively limited,” he said.

“We’re selling around 220 tickets on average to the shows that we’re working on and they’re all generally kind of cabaret-theatre mode, which still gives us a really kind of full room but also very spaced out.”

The Tivoli’s Open Season runs from November until February.

“It’s quite intimate as well, which means people get their own tables and can order food and drinks without having to get up and get to the bar. It’s a different experience to what I think people are used to having at the Tivoli but definitely one we think is kind of equally as interesting as having 1500 people standing in a big, writhing rock concert.”

Sleswick said he felt fortunate to have been successful in the grant application process that facilitated Open Season but conceded shows of such a restricted capacity were “definitely not an ongoing viable model for us”.

“We’re a big room and we’re an unfunded organisation as well, so we operate completely independently,” he said.

“So to have the Government be able to step in at this time has been totally critical – we wouldn’t be able to be doing what we’re doing without it and we’ve had amazing support through Arts Queensland and the event is also supported by Tourism and Events Queensland as well.

“We’ve been super lucky and grateful to have that kind of support at this time otherwise we’d be kind of sitting on our hands and waiting for things to manoeuvre around us instead of taking control of it out ourselves, so it’s been great.”

But he also admitted the fact that the most recent easing of social restrictions included allowing outdoor stadiums to operate at up to 75 per cent – and a potential crowd of 30,000 for the AFL grand final at the Gabba – had perplexed some participants in the arts and cultural communities.

“I think there’s lots of wanting to understand the rationale a little bit more behind allowing something to happen and other things to not. There’s definitely lots of questions and we are trying to keep our heads down and just really focus on what we’re doing, but I think it would be it would be a nice thing to be able to have art and music and culture be as considered and valued as much as a big sporting event.

“It’s a tricky thing, and I’m trying to stay focused on what we’re offering as best we can and just, you know, doing that.

“It’s all about having a measured outlook on it all and obviously I’m more inclined, in this environment, to be cautious and safe than to be dramatically pushing the boundaries so it’s all about just taking it as it comes, I guess.”

He also stressed that the industry as a whole would need ongoing support for the foreseeable future.

In the meantime, he is remaining steadfastly focused on the next few months’ programming, with tickets for the Open Season series of events, which went on sale to the general public yesterday, already selling strongly.

“I think it’s a step at a time really, we won’t know what next year is going to look like until we’re a couple of months down the track so right now, the priority for us is to put on some excellent shows and sell as many tickets as we can. We’d love to be able to sell all these shows out, and it’s fantastic content so we think we can do that.”