Been there, done that, ready to do it all again. That seems to be the attitude of audiences when it comes to their arts and entertainment consumption.

Across the spectrum of mainstream entertainment – from pop music to stage musicals, movies and prime-time television – the dearth of variety is as obvious as it is deliberate.

On commercial radio, the percentage of new music is low – and new music from new artists is extremely rare. New Australian artists find it especially difficult to crack mainstream airplay.

While they are required to abide by a quota of 25 per cent Australian music, radio stations are often accused of “stacking” that music outside of the popular timeslots. Even when Australian music is played, it is often drawn from the catalogue of established acts rather than from new artists.

While a radio station can play as many as 400 songs in any given day, these are rarely all different songs. In fact, some stations have as few as 50 to 100 songs on rotation at any given time, meaning that the same song comes up every couple of hours.

On the live music scene, while currently popular acts do well during their “15 minutes of fame”, it’s the likes of U2, Bruce Springsteen, Billy Joel, Madonna and the Rolling Stones that make the big money, year after year, decade after decade.

Not only can they pull the crowds, their audiences are older and prepared to pay more for tickets.

In cinema, ticket sales are fuelled by reboots and sequels. Even new films borrow heavily on what has gone before. The first thing a studio boss wants to know about a new script is which other film it will be like, or which runaway best-selling book it is based on.

Hollywood lore has it that when Kenneth Branagh was seeking funding for Henry V, he was asked: “How did Henrys one through four do?” Similarly, it’s said The Madness of George III was renamed The Madness of King George lest it be mistaken for a sequel.

The second thing that can get a film made is when a big star is “attached” to the project.

Hot actors need new “vehicles” that put them in a familiar role – Dwayne “The Rock” Johnson, who is the highest paid star in the industry, plays the same type of  character, as did Arnold Schwarzenegger, Bruce Willis and Sylvester Stallone before him. Even established stars who have had a few flops are more likely to score big parts than newcomers.

When it comes to television, the most successful programs – be they dramas, sitcoms or reality shows – follow a tried and tested formula.

With comedy and drama series, the mantra is that whatever changes during an episode, everything is essentially the same again by the end. This sets audiences up for the next episode and means that reruns don’t confuse the audience.

It may be a game of diminishing returns, but there is less financial risk in renewing a fading sitcom than in commissioning a new one. For example, the producers of Big Bang Theory, a popular comedy that had long “jumped the shark” (that is, past its prime), would have happily kept on churning them out had Jim (“Sheldon”) Parsons, not pulled the pin. 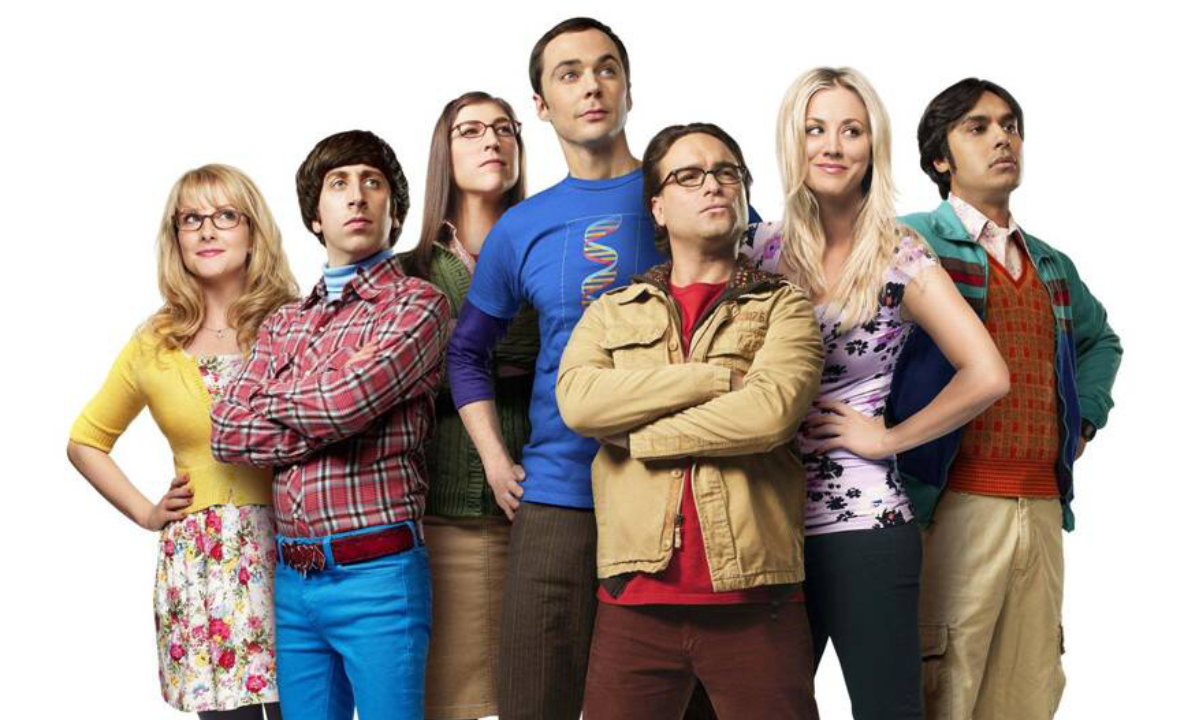 The Big Bang Theory came to an end when Jim Parsons (centre) quit, but it lives on in constant repeats. (Photo: CBS)

The show remains popular in Australia, and is now screening on digital channel 10Peach after runs on both the Nine and Seven Networks.

In the reality and quiz-show genres, the successful franchises have their own spin-offs and imitators, and popular contestants are brought back or cast in similar programs. When one format goes, it is “rested” and another old idea is given a fresh coat of paint.

Even in opera, a small number of works, especially those of Verdi and Puccini, dominate the seasons of the big companies. And the same musicals keep coming around, because putting on Phantom of the Opera, Les Miserables, South Pacific or Chicago at regular intervals means putting bums on seats.

New shows, when they do arrive are often “jukebox” musicals – think Mamma Mia!, We Will Rock You, Buddy and Jersey Boys – that include songs the audience already know and love. Or, like Hamilton, which will come to Australia next year, they are already certified hits in another market – usually on Broadway.

And that is the point. We get the same cultural diet because human beings are creatures of habit who are reluctant to try something new.

The producers want to reach the widest possible audience to maximise their profits – and, in a market economy, there is nothing wrong with that. As PT Barnum never said, nobody ever went broke giving the public what they want.

The good news in all areas is that there are outlets for new ideas and fresh talent. On radio, it’s Triple J and some of the DAB-only stations and, for television, it’s streaming services and the digital multi-channels. Live music has its intimate rooms, cinema has its independent venues and theatre has experimental and alternative spaces.

It takes bravery to present or consume new work. But it is out there – in small clubs and theatres, on community and public radio, and on podcasts and streaming services.

Even established companies and venues support the development of new work, as do events such as the current Brisbane Festival. So, it is possible to be in the comfortable surrounds of QPAC or HOTA or any one of Queensland’s many regional theatres yet see something adventurous and challenging.

Some new work will be hidden, some of it will deservedly disappear, but some of it will flourish and filter through to the mainstream. That will only happen if audiences are prepared to take a risk and support it.

Support what you know and love but try to take a leap of faith now and then, or all you’ll ever get will be more of the same.