Forty years ago, Queensland experienced the biggest upheaval in its broadcasting landscape since the advent of television.

On August 22, 1980, 4MMM launched itself on the FM band and never before, nor since, has there been such a giant leap in the quality of sound piping for free into our homes, cars and portable radios. After decades of scratchy AM reception, music on the airwaves sounded almost as good as the music coming out of the huge stereo systems that were popular in the 1980s.

“It was amazing,” former Triple M Brisbane content director Rex Morris told InQueensland. “There was no comparison to be made between AM and FM.

“We really didn’t know what sound was until the sub-woofer generation arrived.”

Morris, who moved to Triple M Sydney late last year, was working for one of those AM stations when Triple M Brisbane launched, and within eight weeks of that he was on board as night announcer.

Morris said FM104, as it was known in its early years, was a phenomenon that attracted more than 37 per cent of the listening audience at its peak, spawned a café in the Myer Centre, a “Rock Shop” (not coincidentally at 104 Edward Street) and even a travel agency, FM Travel.

It also sponsored the capital’s big events, such as World Expo 88 – where it broadcast from a “Rock Tower” overlooking the Riverstage – the Ekka and the Riverfire fireworks spectacular.

“It was absolutely extraordinary. It was everywhere; it was ubiquitous,” Morris said. “It really coincided with the city waking up. I don’t think it was any accident that the highest rating we had was in 1988 – around Expo 88.

“I remember at the time we broadcast from the Rock Tower. You’d be on air and the monorail would be coming straight toward you. The track curved around the studio.

“And look at Riverfire – this was the only fireworks display in Australia that included a dump-and-burn from an F-111.”

The station’s ratings survey parties – attended by a who’s who of the music industry plus the all-important advertisers – were a hot ticket.

In the beginning, Triple M’s other point of difference was the music selection: rather than top-40 hits on high rotation, it also played seldom-heard album tracks. Rock remains at the heart of the format, along with sport and comedy. 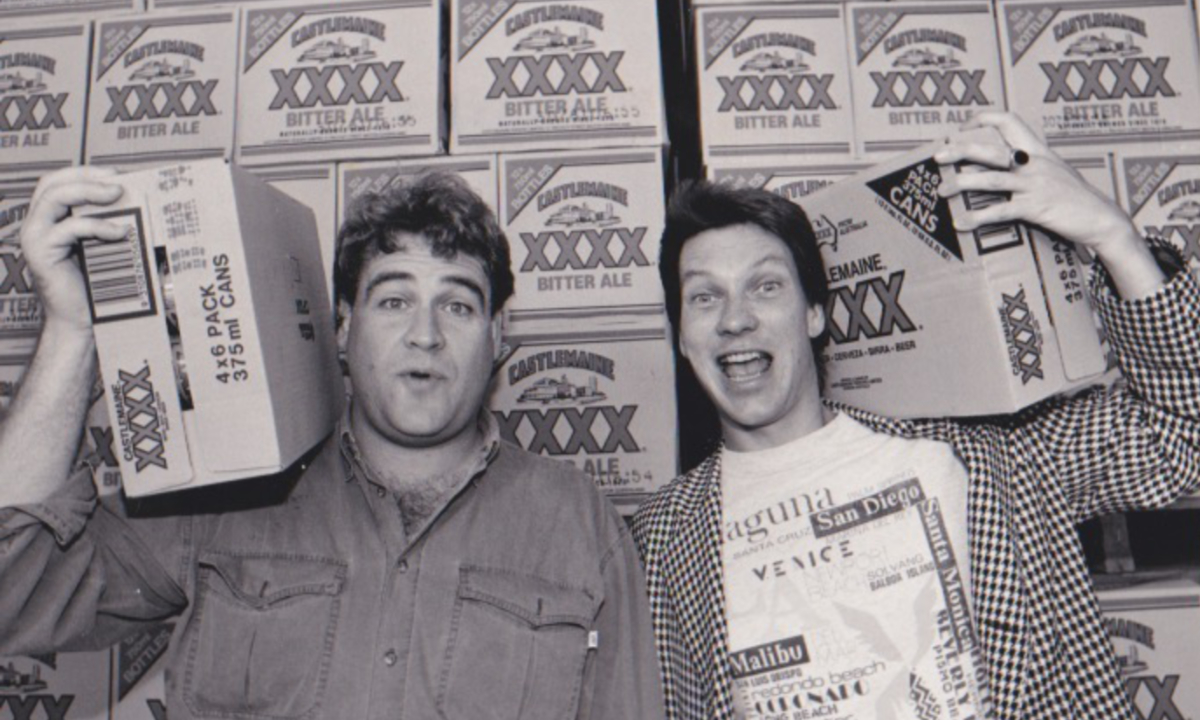 Triple M is no longer the undisputed number one music station – it competes for that title with its former fierce rival, now stablemate, B105, along with Nova 106.9 and 97.3.

It’s no coincidence that they are all FM stations – despite the fact that digital radio levelled the playing field with AM in terms of audio quality. Even after 10 years on the market, DAB+ receivers have yet to make the kind of impact FM did virtually overnight.

The real competition for all radio stations is coming from the internet, with an explosion in the number of podcasts and music-streaming apps such as Spotify.

Morris said “audio on demand”, where people can listen to whatever they want, whenever they want, is the way of the future – and the big radio networks all have a slice of that pie. But, he added, there is plenty of life yet in broadcast radio because it is a part of so many people’s daily routine.

“When we develop new habits, we tend not to drop the old ones,” he said, while acknowledging that accommodating streaming and podcasts put pressure on the amount of time audiences have left for traditional radio.

“I think it’s the time spent listening that will be the challenge for all broadcasters.”

Morris said one of radio’s big advantages was its connection to local audiences, and – unlike the Hit network – Triple M has maintained local breakfast shows around Australia, including stations in Queensland’s main regional centres.

“He has been there approximately 400 years,” Morris joked. “In fact, he measures his time in Townsville by mango seasons.”

Fragmentation of the audience has ensured that there will never be another phenomenon like FM104 capturing more than a third of all available listeners. And, although radio networks are tightening their belts, their immediate future seems assured.

Broadcast radio promises to be a part of our cultural diet for as long as people want to feel connected to their local community.

In the absence of Riverfire this year, Triple M Brisbane will broadcast a special soundtrack to the Brisbane Festival’s Sun Super Night Sky laser show on September 26