One of the splendid things about theatre is that it broadens our horizons and fuels our imaginations. And now, perhaps more than ever, we are all looking for an escape from reality.

The great shame, of course, is that many theatres and other performance venues remain closed, or open only to a limited audience numbers.

But one show that is playing in Brisbane after a successful tour of regional Queensland has found ways to cope with COVID-19 and introduce young audiences to a world that was once beyond their imaginations.

The play, The Wisdom Elixir, by Queensland writer David Burton serves not just as entertainment but as a starting point for discussion and creativity. Its audience of high-school students are encouraged to read and watch the play, to dissect it and to workshop their own versions of it.

They are guided in this task by their own teachers and a team of “teaching artists” from Queensland Theatre under an annual initiative known as The Scene Project.

Over two months, more than 1000 students from 86 schools as far north as Townsville, west to Mount Isa and down the coast have participated in an eight-week project delivered digitally.

Due to the pandemic, the tour had to be undertaken by bus rather than by air, which gave the cast and crew a lot more time together than might otherwise be the case.

Bailey told InQueensland that the time spent on the road was enjoyable because the creative team had bonded so well.

“With some actors, it’s all about ‘me’,” she said. “Our cast is just not like that at all. It’s very collaborative; it’s an ensemble.”

Now The Wisdom Elixir, a dark comedy about eternal youth, has come to Brisbane with performances at Queensland Theatre’s home base, the Bille Browne Theatre, until September 11.

Bailey, a dancer and actor who has also performed in other productions under the Scene Project banner, explained the role of the “teaching artist”.

“We perform in the show and go into the schools for a few hours to help them [students] develop their ideas,” she said. “They devise a 15-minute performance of whatever they want around the themes of the show.

“They basically have a free-for-all in response to the play [and] we end up with 89 different versions of the same play.” 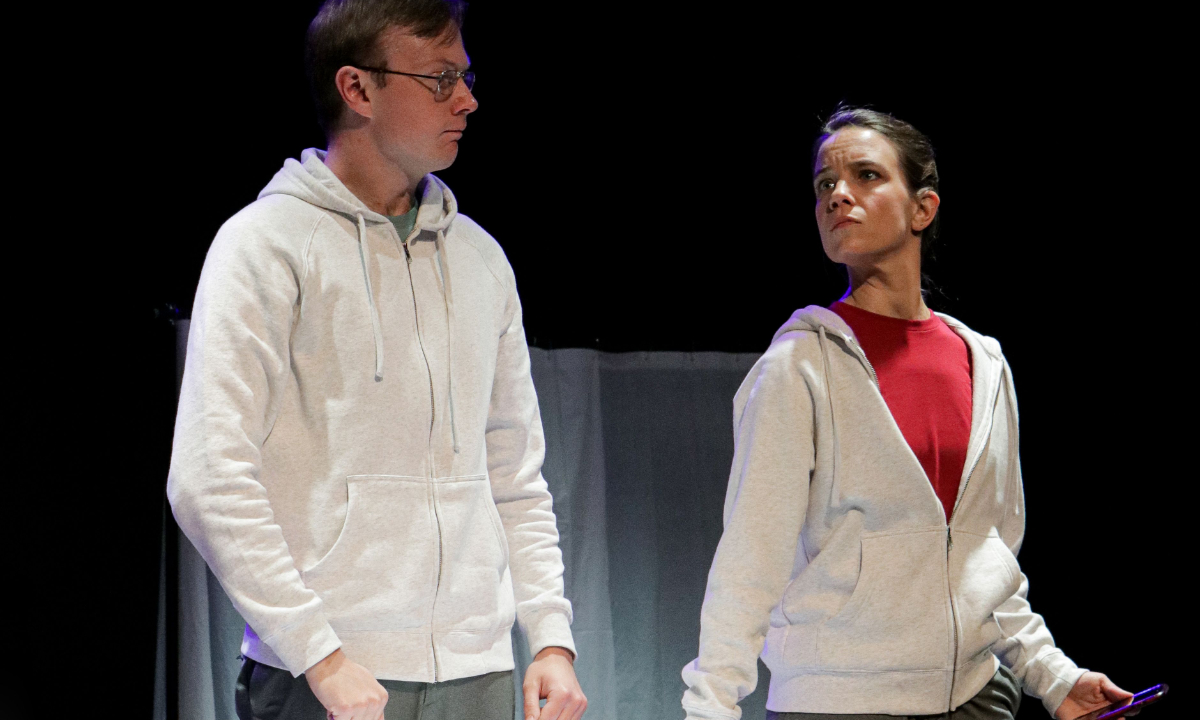 Ellen Bailey with Jackson McGovern in the touring production of The Wisdom Elixir. (Photo: Supplied)

After the performance, the group of professional artists meets the students to discuss the different approaches they have taken to the work.

Taking plays into schools is nothing new – the Grin and Tonic troupe has been doing it to great acclaim over five decades, and newer companies such as Shake & Stir, Dead Puppet Society and Flipside Circus, as well as individual artists, also tour around the state

However, Queensland Theatre’s Scene Project is a little different and “a lot more participatory”, Bailey said.

The program has introduced many students to live drama and, for others, it has been a catalyst for them to discover their own talents and a potential future career in the arts.

The reward for Bailey and the other teaching artists is immediate.

“It’s just that look in their eyes,” she said. “You look at a kid and they’re beaming like ‘this is the best thing I’ve seen in my life’.

“And I remember that feeling [from her own childhood]. It could be a life-changing moment for them – because that’s what happened to me.”