Remember the days when Queensland had a flourishing home-grown television production industry? John Power certainly does, because he’s a big part of an effort to preserve old TV programs for posterity – and profit.

While the National Archives in Canberra recently announced that it was in a race against time to preserve old video and audio footage before it decayed, and the BBC is still searching for nearly 100 lost episodes of Doctor Who, Power has been quietly ensuring that the TV shows he, and many other Queenslanders, grew up with don’t disappear.

With the help of Peter Poulton – an 83-year-old former broadcast engineer who comes in once a week – he is busy in the Brisbane studios of BTQ7 converting thousands of old tapes and films to digital format.

While degradation is an issue, Power puts painstaking effort into cleaning old tapes so they can be played one last time and digitised.

“I’ve got a 99.5 per cent success rate with the tapes,” Power told InQueensland, noting that even oxidised tapes can be resuscitated if they are cleaned properly. “I won’t let a tape go by if I can save it.”

Part of the challenge is that many of the tapes were stored in formats that are not supported and designed to be played on machines that are no longer manufactured.

“I spent 30-odd years in the arcade industry,” he said. “They call me the guru of arcade games.”

And he has adapted the skills developed restoring classic Pac-Man and Space Invaders tables into fixing machines that were, until recently, gathering dust at Seven’s Mt Coot-tha studios.

But his work wouldn’t have been possible without the people who recognised the value of the material stored on the tapes. There are stories of BTQ staff squirrelling away archive material to save it from the reuse or destruction that happened at other television stations around the world. 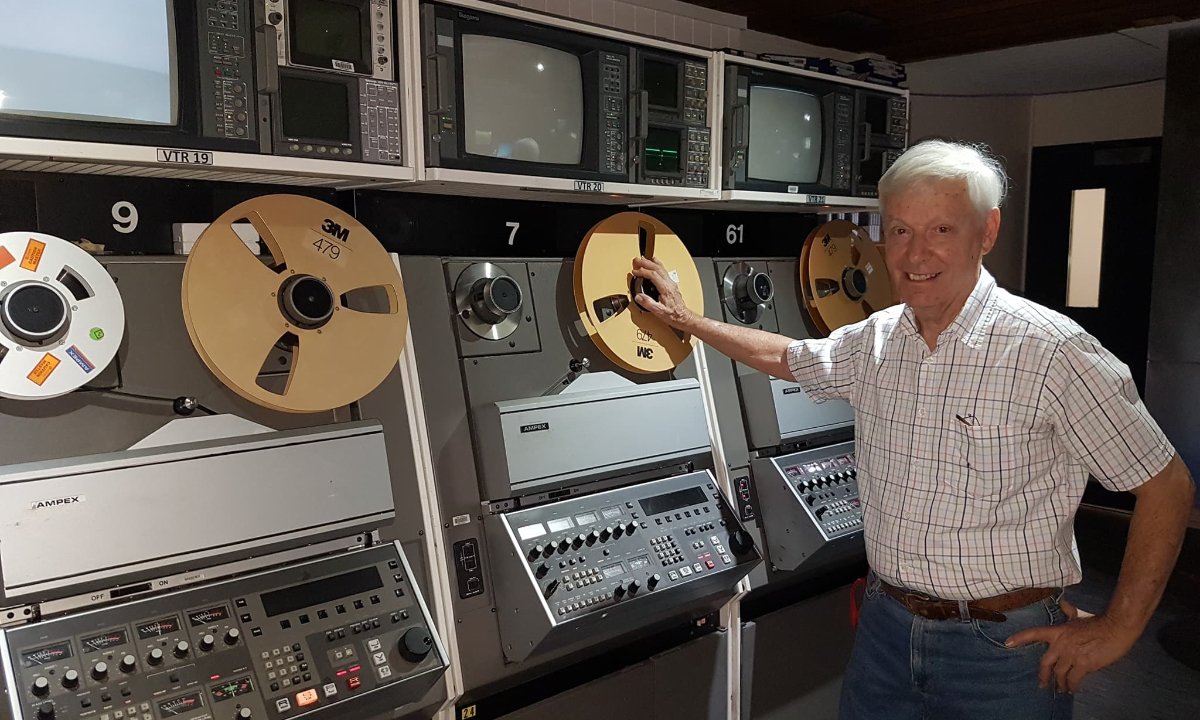 Power said Channel 7 in Brisbane had one of the most complete libraries of old film and videotape in the country, with footage stretching back to its beginnings in 1959.

Other commercial stations have lost a lot of material – which is why we always see the same vision on anniversary specials – but Seven has enough to sustain an archive that serves historical interest and supports a commercial enterprise.

The extent of the collection ensures Power’s days are full to the point where he can be re-recording 16 tapes at the one time. He will be busy for several years to come.

Power has also played a role in preserving episodes of national hits such as A Country Practice and Blue Heelers.

“It’s pretty much everything Seven has ever done [including] the BTQ stuff that I grew up with,” Power said.

While the digitisation project ensures Channel Seven’s vast catalogue will live on for future generations to enjoy and for historians to study, it also has a cost benefit.

Footage owned by the network is available for sale to other media outlets, commercial producers and program-makers.

Some of the shows Power has restored are now screening on the 7Plus streaming service – but not all of it will see the light of day in the immediate future. Complicated ownership structures, residual payment rules and intellectual property rights mean some of it could be locked away for generations until it eventually falls into the public domain.

Another important reason for preserving old footage is to build an easily accessible library of news and sporting events. For Seven News reporters and producers, vision of past events is only a few clicks away using specialised computer software.

“If there’s a cold case, for example, we can pull out the tape from the time,” said Power, who also works closely with producer Peter Doherty on the weekly Flashback segments presented by former newsreader Rod Young.

The archive also includes “raw” scenes from crime and natural disasters that never made it to air because they were too confronting or distressing.

“We get to see the ugly side of news footage,” Power said. “You’ve got to digitise it, but it’s gruesome stuff and that does affect you personally.”

On the brighter side, he also gets to indulge his affection for the shows he enjoyed watching first-time around in the 1980s.

“It was a great era,” Power said. “People weren’t as angry as they are now.