From peanuts to vintage aircraft, war memorabilia, old masters and Indigenous artworks, Queensland has a museum or gallery that showcases it. These venues serve both as popular tourist attractions and essential repositories of our tangible cultural history.

According to the recently released Australian Public Galleries Snapshot, Queensland has about 89 public galleries, second only to New South Wales, and, in normal times, they attract about 1.4 million visitors each year.

And Queenslanders are active in keeping these places alive, with nearly 200 full-time employees and thousands of volunteers ensuring that the stories they tell are heard now and well into the future.

The sector’s peak body, Museums and Galleries Queensland, plays an important role in advocacy, training and support services throughout the state.

Its executive director, Rebekah Butler, is passionate about her job and proud of the diversity of galleries, in terms of their collections and their geographic locations.

In an interview with InQueensland, she noted just some of them:

Butler also named the Toowoomba Regional Art Gallery, which is the oldest regional gallery in Australia; the Kingaroy Heritage Museum, which tells the story of the state’s peanut industry; the Queensland Maritime Museum in South Brisbane; and the Abbey Museum of Art and Architecture in Caboolture, which among other things hosts the popular annual Medieval Festival.

She said that while not all museums had collections that are always open to the public, they all “tell the story of their communities”. And few of them could exist without the volunteers who give up their time and harness their enthusiasm to keep the doors open and the displays in good condition.

“People come from all sorts of backgrounds … from all demographics of age and cultural backgrounds,” Butler said of the volunteers. “It’s about passion. There are a lot of passionate people out there.”

While many volunteers were visible as guides or in retail roles, she said others worked behind the scenes researching and cataloguing items in the collections. 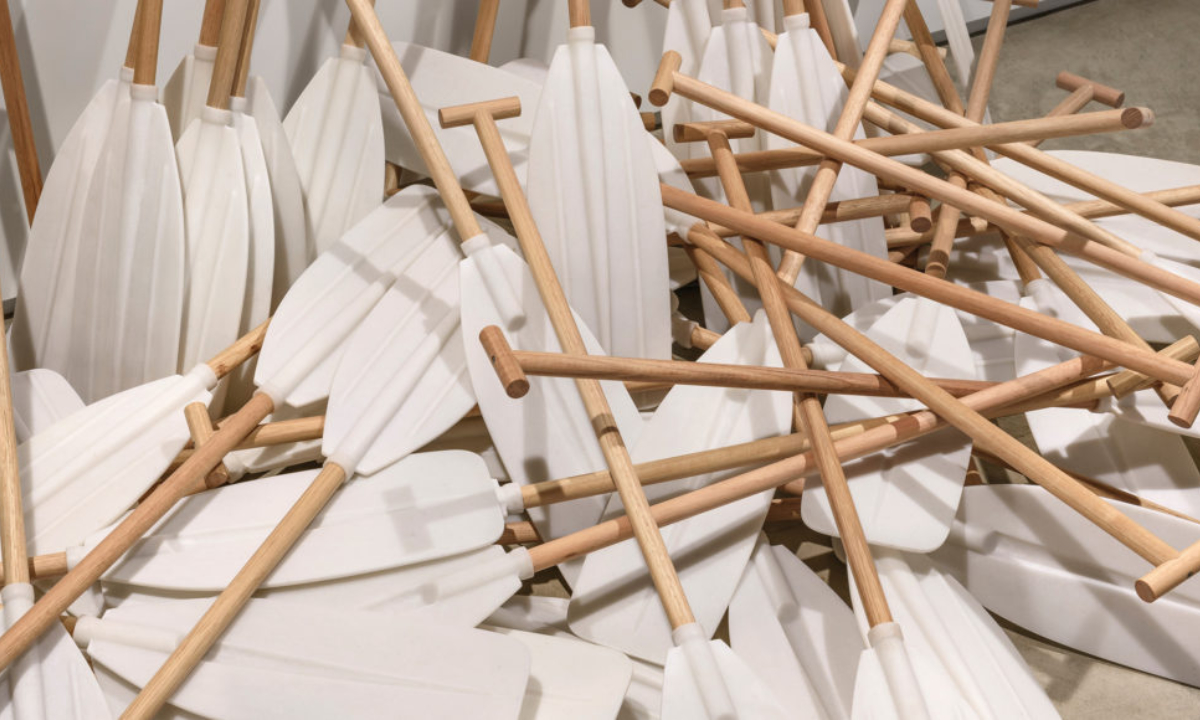 Museums and Galleries Queensland also plays a role in touring artworks beyond their home gallery, with as many as 12 shows touring the country at any given time.

They include the Safe Space exhibition of contemporary sculpture, in which a dozen Australian artists explore the psychological aspects of physical space.

The exhibition was curated by Christine Morrow for the Logan Art Gallery and has been seen in Queensland and NSW, with plans for it to travel to galleries in Victoria, South Australia and Tasmania later this year and early next.

“We also try to send artists and creators out to these museums to make some connection [with visitors],” Butler said.

Some of their activities have been curtailed by the COVID-19 pandemic, but many galleries have begun to take visitors again in limited numbers and under strict conditions dictating the flow of people through the premises.

“There’s a number of volunteer-run museums or historic sites that are yet to reopen,” Butler said. “Also, many of our volunteers are in the at-risk category [for coronavirus], so some are waiting for the new year to reopen.”

Admission fees and souvenir sales are a big part of the business plans, so regional galleries on the tourist trail are hoping to reopen before October to catch this year’s last wave of “grey nomad” travellers whose patronage helps support them.

While tourism is an important element in their success, most galleries are primarily designed with their local community in mind. For them, it’s all about keeping local stories and skills alive.

“We get a huge amount of positive feedback,” Butler said. “Museums and galleries are highly valued by their communities.”