It may be a small venue but the Brisbane Arts Theatre is about to do what its bigger cousins can’t: turn on the lights again, albeit for a limited audience.

Restrictions imposed to battle COVID-19 mean the theatre has implemented physical distancing in the auditorium, to the point where artistic director and CEO John Boyce describes assigning seats as “like playing Tetris”.

While the 161-seat theatre can theoretically seat 100 people under the regulations, the requirement that only people who book together can sit together means the practical limit is as low as 60 per performance.

Boyce said there was no money to be made from its double-header of The Last Tango in Little Grimley and The Last Panto in Little Grimley, opening tomorrow, July 17, but he looked upon it as a thank-you to the company’s supporters.

It will be followed on August 8 by You’ve Got Hate Mail, a comedy described as “the ultimate social-distancing play” as there is no physical interaction between the characters, who are 1.5m away from each other at all times.

The Little Grimley plays, by David Tristram, are about an amateur theatrical society that manages to do everything wrong but somehow saves itself from going under. It is not a case of art imitating life, because the Arts is in rude health, given the circumstances.

Boyce, who has been at the helm for 14 years, noted that his “big little theatre” had turned over more than $1 million a year for three years running, and while the pandemic has hit hard, the future is reasonably secure due to its cash reserves.

“I believe we can survive this, no matter what happens,” Boyce said, noting that there have also been “two or three golden ages” where the company has been able to make money at the box office and squirrel it away for a rainy day.

Which is just as well, because it’s hard to imagine Brisbane without the Arts Theatre.

Founded in 1936 and settled into its own premises on Petrie Terrace since 1961, the Arts has a lot of history behind it. La Boite, which began life 95 years ago as the Brisbane Repertory Theatre Society, is older, but it went professional in the 1990s, so the Arts holds the title as the oldest community group.

It has long been an incubator for talent, with alumni including Michael Caton, Barry Otto, Jennifer Flowers, Russell Dykstra, John Batchelor and Anna McGahan, and it continues to pride itself on its training and mentoring programs.

Although technically amateurs, performers who make it onto the main stage are highly experienced and, under Boyce’s stewardship, some of them also receive compensation through what Boyce calls “creative payments”.

Some actors aspire to appear in professional theatre, television or film, but many are content to continue at the Arts, performing parts that they may not be able to play in a larger company.

Among the theatre’s regular performers is Emma Reynolds, 23, who has starred in several mainhouse productions and is now employed to teach the children’s classes that she attended from the age of 12.

“I cast her in shows because she is so reliable,” Boyce said. “And she loves this place through and through.”

Reynolds, who regards Boyce as her mentor, had no hesitation in returning to the Arts Theatre after a spell honing her craft at the Sydney Theatre School.

“He took me under his wing and was always there for me with support and advice,” she said.

“He goes into bat for you no matter what. It’s great having somebody who knows the profession back to front yet is so humble about it.” 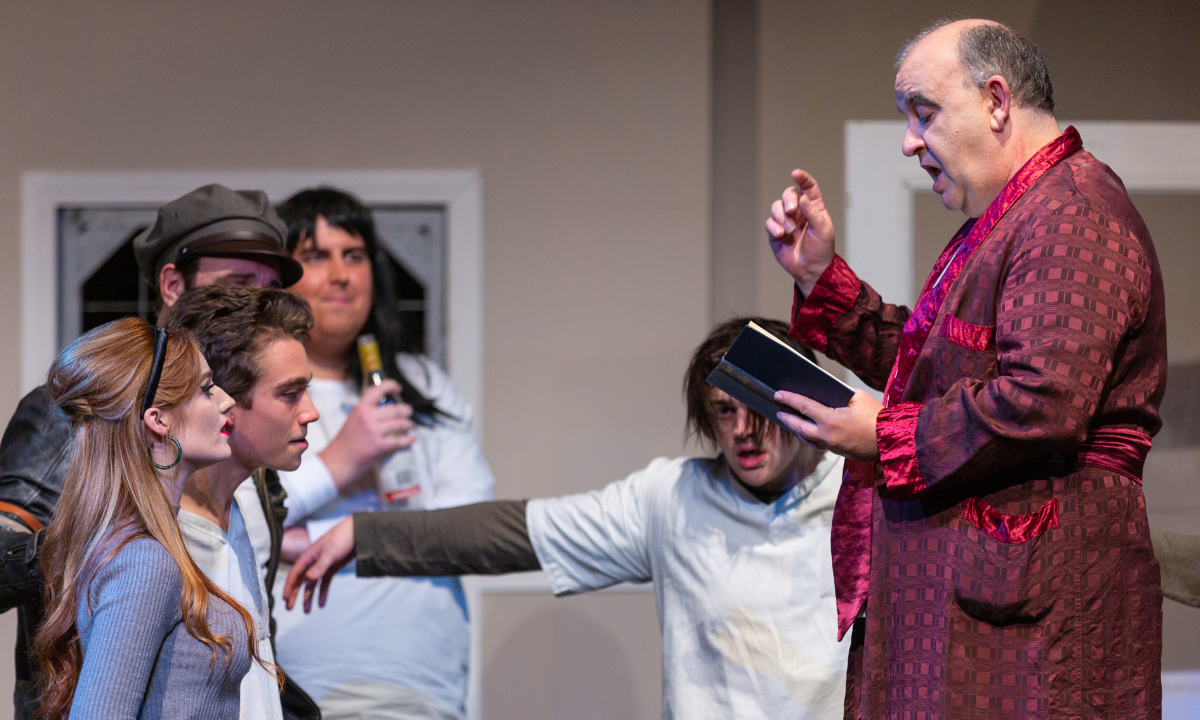 There has always been a strong sense of family at the Arts theatre – comparable in some ways to a sporting club – and it relies on the efforts of volunteers.

Like any theatre, it doesn’t just require actors; there are positions for designers, set builders, technicians, costume makers and general helpers.

Boyce said it was more difficult to attract volunteers than it was 20 years ago, because people have busier lives. If you’re interested in taking part, the Arts is interested in hearing from you.

Boyce sees the reopening, albeit for a reduced audience, as a means of keeping the family together and making sure a Brisbane institution stays alive.

“Because we’re a community theatre it’s better to be open and engaging people than to sit back and wait for all the restrictions to be lifted,” he said.

“If you’re not creating something artistic it’s just a horrible feeling. It’s great to be working towards something.

“I’m optimistic that we will survive. We will get through this.”

Details of Brisbane Arts Theatre productions can be found on its website.