Life has been a little less spontaneous lately, but as the coronavirus restrictions ease, we’re all getting the chance to do our thing again.

That includes improvisational theatre troupe ImproMafia, which is coming out of hibernation to launch a new series of workshops, with the promise of live shows as soon as that’s possible.

Anyone who’s seen a Theatresports performance, or television’s Whose Line Is It Anyway?, will be familiar with improvisation. The idea is for participants to create, on the spot, characters, dialogue and a plot for a short performance based on a random idea.

Improvisation has been around in Brisbane since the late 1980s, with the regular TheatreSports shows at the old La Boite Theatre and later at Dockside, Kangaroo Point attracting big audiences into the 1990s.

ImproMafia was established in 2004, using the abbreviation “impro”, referring to the style of improvisational theatre pioneered by Keith Johnstone in Britain and Canada, in preference to the more American term “improv”, which is favoured by another popular Brisbane troupe, Big Fork Theatre.

While improvisation has been the gateway to wider success for many famous actors and comedians, the classes starting in Paddington on June 18 aren’t necessarily about getting participants on to the professional stage. They are open to all comers.

As ImproMafia president Wade Robinson told InQueensland, “The wonderful thing about impro is that it’s accessible to anyone. One of our mantras is, “Anyone can act, anyone can improvise’.” 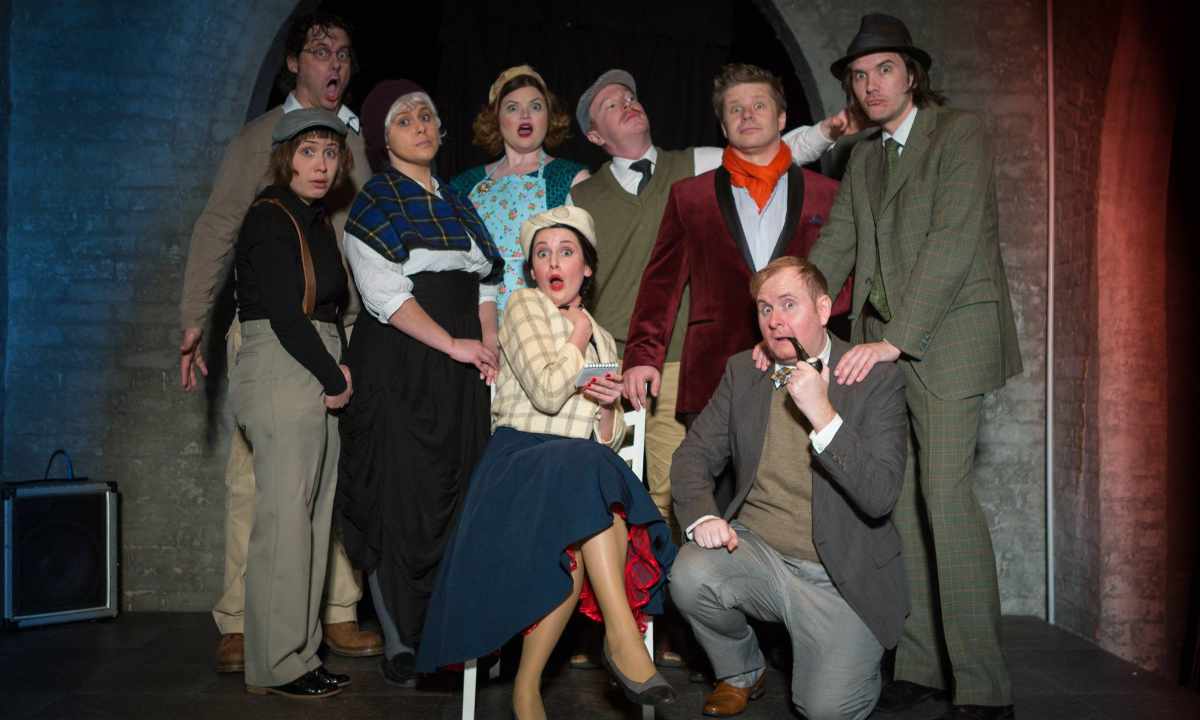 In the past, the classes have included actors wanting to extend their skills, but also authors, teachers and engineers looking for new approaches to their own professions.

“We find that some people do it because they are desperate to perform,” Robinson said. “But many people do it for other reasons.

“We get writers and artists, or people who are in business, and people who want to learn to think outside the box. They do it to develop ideas for another project they’ve got going on [or to] develop social confidence. Some people do it because they just want to have fun.”

Robinson said one of the key skills taught in the workshops was the art of listening to others. This is essential for improvisational theatre, because you can’t perform a coherent skit without it. However, it is not something that humans are necessarily good at.

“It’s so common in life that, when you’re having a conversation, you’re not listening to what other people are saying, you’re thinking about what you’re going to say next,” he said.

“A lot of people find it quite challenging because they haven’t spent a lot of time listening to other people and trying to connect with them.”

While the classes – delivered in three-hour sessions each week for eight weeks – have their challenges, they are primarily designed to make people feel comfortable within themselves and in the company of others.

Participants are not pushed to succeed in a particular way. To the contrary, they are taught to accept and learn from their mistakes.

“We create a space for people to explore and to fail,” Robinson said. “Failure is a big part of impro philosophy. We like to say that we embrace failure. Nobody is going to be brilliant every time.”

The Learn to Improvise classes also teach techniques to “trust your creative impulses, be present and in the moment [and] accept and build on idea”, and will culminate in a performance.

Some of the graduates will go on to perform in shows at venues across the city and in festivals. All of them should leave with skills they didn’t know they could develop.

Details of the classes and upcoming shows are on the ImproMafia website.