In showbiz, as in all businesses, you tamper with a successful formula at your peril. But, at the same time, any format that stubbornly stays the same is doomed to die a slow death.

The people behind Women In Voice know that they are dealing with something special. It has stood the test of time, transitioning from venue to venue – including QPAC, the Sitting Duck Café, the Judith Wright Centre and now the Brisbane Powerhouse – while sticking closely to its roots.

But co-producer Lewis Jones told InQueensland that something dawned on him and Annie Peterson, who launched the concept,  when in 2017, they made the move to the Powerhouse for the 25th anniversary production.

“[We] realised that something that had been around that long should look at passing the baton on to a new generation of creatives – singers, directors and producers,” he said.

“So, we successfully applied to Arts Queensland for funds to not only deliver the show, but also to trial our mentoring program, with a view to finding individuals who would one day become the driving force behind the show as it moved towards its fourth decade.

“It would be fair to say that while we were looking for people to whom we could hand the baton, we were also aware that WIV, with its strong audience footprint was a great platform through which emerging artists could get ‘real world’ experience in a successful independent production context, as well as making all-important contacts to start to build their industry networks.”

The government funding and healthy box-office receipts ensured that those being mentored have had the full professional experience, which includes being paid for the work they do.

“In our second year, we upped the ante and decided to mentor performers directly into the production,” Jones said.

“Annie mentored Hannah Grondin, whom I had spotted when I was teaching/directing at Griffith University Queensland Conservatorium of Music, to do her own set, while Anje West ‘shared’ a set with emerging Adelina Martinez, an Australian singer of Uruguayan heritage.”

That year the musical direction mentee was Stephen Adams and Gabby Gregory, a Filipino-Australian, was a mentee producer who helped develop WIV’s social media presence. 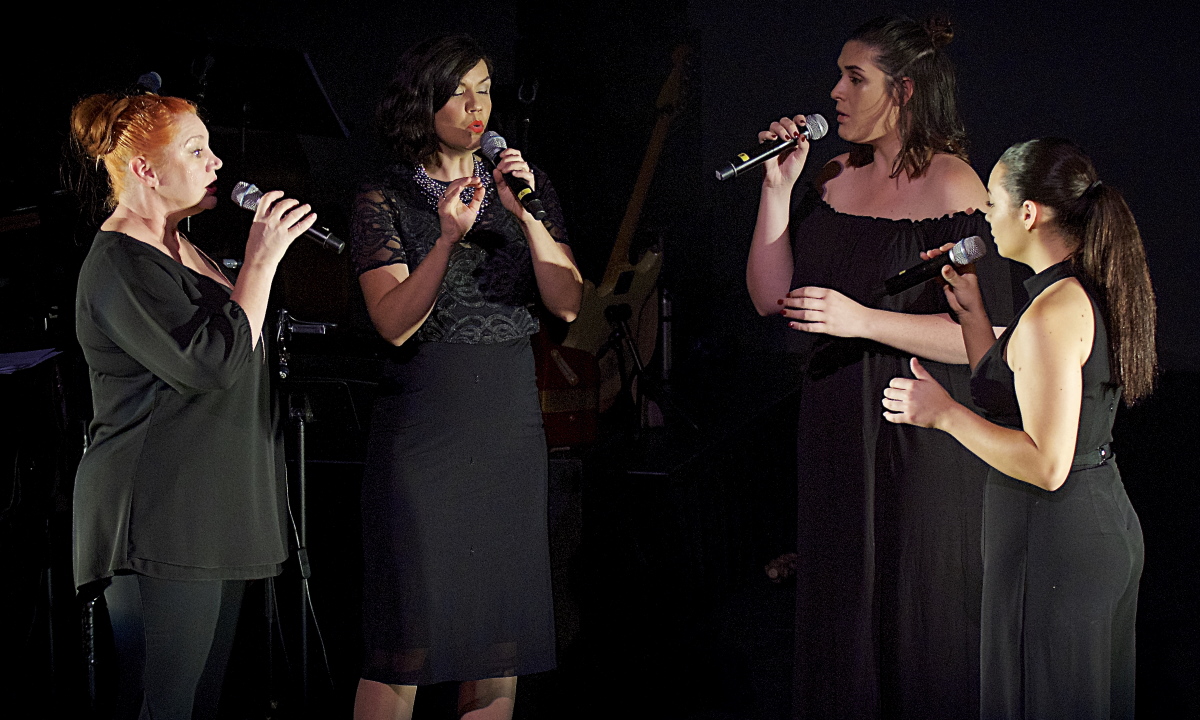 Last year, the mentorship program was in two parts, with Grondin and Martinez performing alongside established artists Leah Cotterell and Jackie Marshall in the Women of Woodstock performance as part of the Queensland Music Festival.

“We also invited Amanda Hock, a music theatre performer based in Yeppoon to observe the final week of rehearsals,” Jones said.

In addition to all that, mentee Dianne Wells helped present WIV projects in Bundaberg in 2017 and 2018.

Jones said the next full performance, postponed from October this year to May 2021, “will be delivered by a team who have all participated in the WIV mentorship program”.

While the team behind the show is being refreshed, WIV’s “wonderfully loyal audience” can rest assured that their favourite performers will still appear and it will remain at heart the show that they know and love.

Jones noted that WIV is a unique Queensland success story with a simple formula based on excellence in performance.

“We don’t try to get stars,” he said. “We have had them in the past, but it’s not about star power. Other people have tried to replicate the show with all big-name stars, but it doesn’t work.”