The first time he heard War of the Worlds, self-styled “drama merchant” Nathan Schulz knew what he wanted to do for a living.

But it wasn’t the 1938 Orson Welles radio play, which had its vast American audience actually believing that Martians had landed on Earth. It was the Jeff Wayne concept album of the same name, based on the same H.G. Wells story, featuring narration by Richard Burton, music by Wayne and an all-star band, and vocalists including David Essex, Julie Covington and Justin Hayward.

Listening to the album underscored for Schulz how a compelling story could be told through voice, music and sound effects, with the listener’s minds filling in the visual gaps.

The discovery led him back in time, not just to the original War of the Worlds, but to the plays and serials that were a part of life for much of the 20th century: “wireless” favourites such as Dave and Dave, Blue Hills, Tarzan, Reach for the Sky and The Caltex Theatre.

“I fell in love with the whole concept of this style of theatre where you really have to use your imagination,” he told InQueensland.

Since 2006, first in Melbourne and now on the Gold Coast, Schulz, 40, has produced a variety of live dramas in the style of radio plays. He has also hosted regular workshops and performances.

A 2007 performance at the Gold Coast Little Theatre of Sorry Wrong Number convinced him that there was an audience who would leave home to “see” a drama that lacked movement and visual effects.

“The way that really held the audience really stuck with me,” he said, noting that some audience members would watch what the actors and effects person were doing, but others would “just close their eyes and listen”.

Schulz said his audience largely fell into two categories: children and adults who are old enough to remember the glory days of radio.

Much of the work he presents to live audiences uses stories and characters that are familiar through books and films, including Sherlock Holmes, Dracula, and Scrooge from A Christmas Carol. 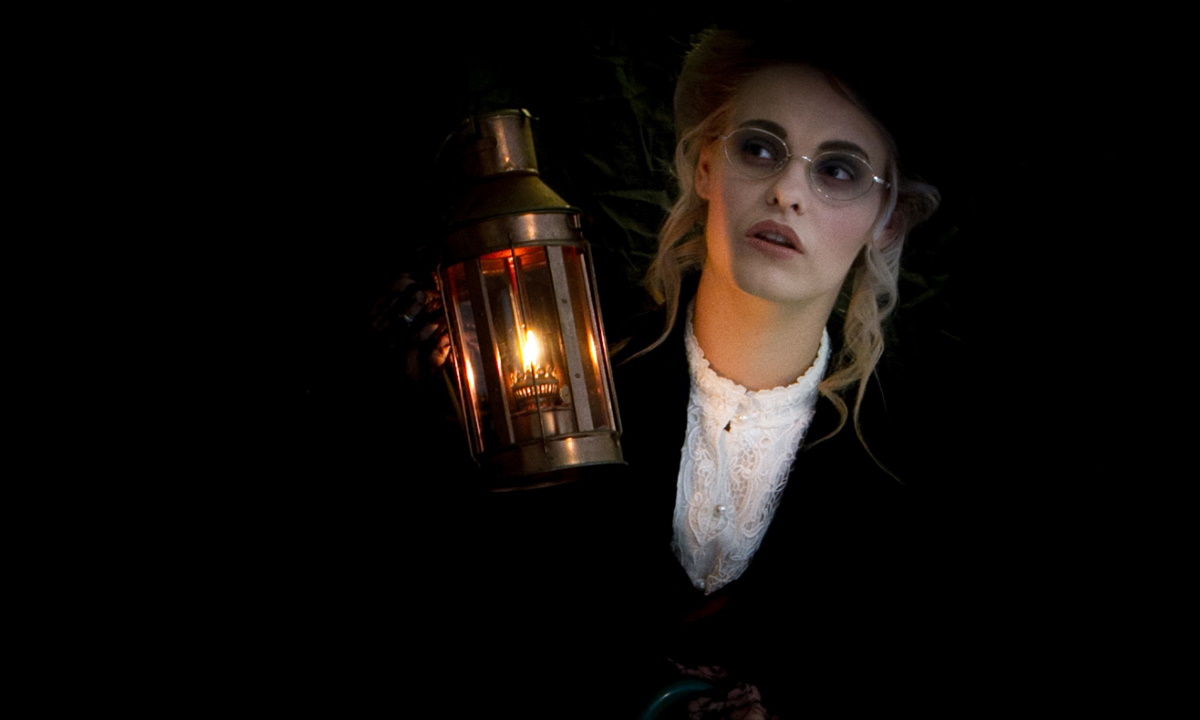 He has also produced plays based on Wind in the Willows, Wuthering Heights, Jane Eyre, Little Women and, most recently, Dashiell Hammet’s detective stories about The Fat Man and The Thin Man.

Schulz said ghost stories worked particularly well with adult audiences, while Treasure Island resonated with young children – not only for the pirate story but for the way the sound effects are produced. During performances, kids are encouraged to help create the rain, thunder and other noises that punctuate the plot.

While the classics have proven popular, he is also looking to refresh the genre with stories more familiar to modern audiences.

“I’ve been slowly developing plays of my own in a similar fashion,” he said, adding that films such as Die Hard and Back to the Future could lend themselves to audio drama.

He noted that the Lux Radio Theatre, which began broadcasting in the United States in the mid-1930s, regularly broadcast versions of popular movies, as an early form of cross-promotion. The show was hosted for many years by movie director Cecil B DeMille and featured big names including Myrna Loy, William Holden, Clark Gable and Marlene Dietrich.

While the stars of Schulz’s shows may not have quite the same pulling power, their performances, many presented as part of the Anywhere Festival, have built up a strong following.

Venues for these shows have included the foyer at Gold Coast Little Theatre at Southport, historic Preece House in Nerang, and heritage-listed Bankfoot House on the Sunshine Coast, where he hopes to mount a version of Pinocchio at the end of the year.

In the meantime, his Drama Merchant website features the Golden Age of Radio interactive workshop and a blog with insights from Schulz and Gold Coast writer Douglas Kennedy.

The site is also streaming episodes of The RadioPlay Hour under the theme of “murder and hope … but mostly murder”. Available until Sunday, June 14, the program for episode 1 includes the radio play Sherlock Holmes and the Musgrave Ritual, a Celtic song and some “news” from the 1940s about an intriguing Australian murder mystery. It stars Schulz, Kennedy, Peta Simeon and Kent Lee, with music by Dougie MacLean and Alan Roberts.