Do you want to be the next Clint Eastwood? Or perhaps you fancy yourself as the more of a Renée Zellweger, Matt Damon or Marilyn Monroe type.

You’ve got to start somewhere – and those stars all began as extras.

According to pop-culture website Mental Floss, Zellweger can be spotted briefly in 1993’s Dazed and Confused; and Damon, and his pal Ben Affleck, were in the background in Kevin Costner’s 1989 baseball fantasy Field of Dreams.

Eastwood was an “active member” of Central Casting – the leading extras agency in the United States – before his big break, and Monroe had just one line of two words (“Hi, Rad!”) in her debut film, 1948’s Scudda Hoo! Scudda Hay!

There may be no glamour, or great fame, in being the person quietly sitting at the bar or waiting at the bus stop, but that person’s presence is often essential to the story being told.

Of course, not everybody who appears as an extra goes on to be a star, and many don’t even want to be. Some are professional extras, some got there by being in the right place at the right time, and some just do it for fun and bragging rights.

Work on a film could last as little as one day or continue for years. Long-running television series often use the same extras to create a veneer of authenticity. As in real life, the people who gather in a café or workplace are the same from day to day, even though the main characters rarely or never interact with them.

Jackson Wood, a 24-year-old student at university in Gatton, has had several extra experiences. The first came about when he was living in Hanoi and played a soldier in a Vietnamese film titled The Prophet.

“It felt pretty cool to dress up in old military fatigues,” he told InQueensland. “We even got antique French weapons that were quite valuable.

“They asked us if we could swim and I was captain of the swim team in high school, so I felt confident.”

Not so another extra he met on set, who asked Wood whether he could save him if he got into trouble during a scene set in a lake.

“When he and I jumped in, the water was fairly deep and it flooded the army boots, making them heavy along with the gun weighing us down.

“My new friend struggled and dropped his gun on the lake floor as I came to help him. They were happy with the shoot but they had to spend 20 minutes probing the lake bed with a stick to find the weapon.”

Wood’s favourite experience was appearing in season two of the hit Netflix series Narcos. He applied via a WhatsApp group and was flown to the location in Bogotá, Colombia.

He said the shooting schedule involved a lot of waiting around, and some confusion as to what he would be doing.

“I had to get up very early and I was moved around a fair few times before a decision was made.”

He was expecting to be a soldier again, but ended up as a member of the press corp.

“That was fine because I was right in the front near the actors,” he said.

“Pedro Pascal [who played agent Javier Peña] was right in front of me, so I was very excited. We had to end his press briefing with an eruption of questions and every time he would play around with it after the scene was done and question me back directly.

“He would just say things like ‘What bro? What is it?’. Unfortunately I was a little too starstruck to say anything witty or creative and just smiled.” 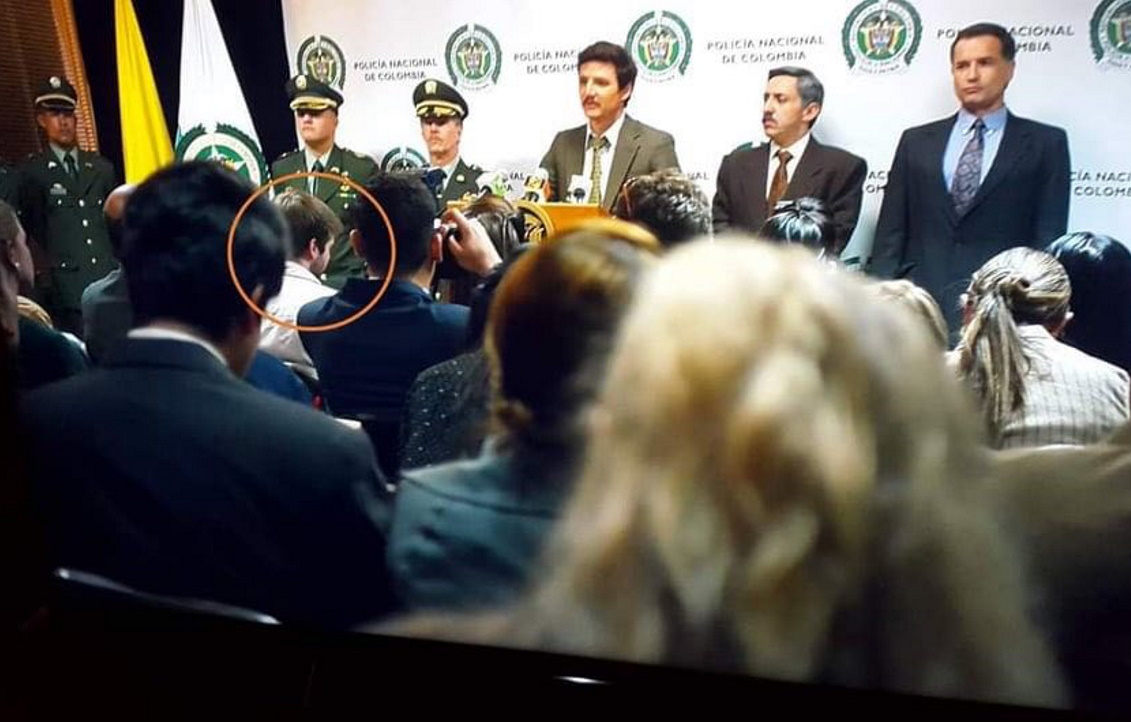 Jackson’s tangible evidence of his involvement with Narcos is a freeze-frame of the press conference showing the side of his head with Pascal in front of him.

Another Queensland extra, Nicole Laws, had a short scene to herself in the 1989 Australian film The Delinquents.

She told InQueensland she was 19 and working at the Westpac Bank in the Queen Street Mall when she heard that filming was taking place at the nearby Treasury building, now the Treasury Casino.

She crossed the road, found the person in charge and asked for a part. She ended up playing a nurse who had to walk down a corridor and then “provide a shocked face”.

In the film, the scene is in slow motion, so Laws was pleased with the screen time she received. She wasn’t so happy that she had to spend about half of the $300 she was paid to become a member of Equity, the actors’ union.

“Kylie Minogue was the star and I got to meet her,” Laws added. “She was dating Jason Donovan at the time, so he was there too. She was lovely – but tiny.”

Although Laws hasn’t acted since, she and her twin sister Sharon recently auditioned for the TV series Gogglebox.

If you want to be an extra, you can join a casting agency or simply keep an eye out for announcements in social-media groups – but be careful. Check the credentials of the people you are dealing with and don’t pay money upfront for the promise of a role. Production companies such as Endemol Shine sometimes announce casting opportunities on their websites.