Following the Queensland Government’s recent Roadmap to Easing COVID-19 Restrictions, the venue has started to reschedule some of its events and exhibitions, starting with the World Ocean Film Festival in late July.

Brisbane Powerhouse celebrated its 20th birthday earlier this month, and although artistic director Kris Stewart admitted it was a bittersweet occasion, he said he and his team were looking ahead to how they venue could progressively reopen some of its spaces.

“It’s a bit sad to have your 20th birthday and spend it alone, like the building’s sort of doing, it’s not an ideal turn of events,” Stewart said.  “But that sort of thing is happening for a lot of venues now.

“At the end of the day, I think for most venues – whether it’s us or the Tivoli or the Triffid or QPAC – the reason why we actually exist is to allow people to come together in social environments and have shared experiences.”

Stewart said like many arts institutions and venues, Brisbane Powerhouse had moved some its programs online since the social restrictions arising from the COVID-19 pandemic

“A lot of them have pivoted into trying to do digital things and we’ve done that as well we moved Powerkids, which is sort of our creative play program for under-fives and their carers, which we’ve been doing for the last four or five years.

“But there are ways I think people are going to start wanting to engage with arts and culture again, so that’s something we’ve already started to think about.” 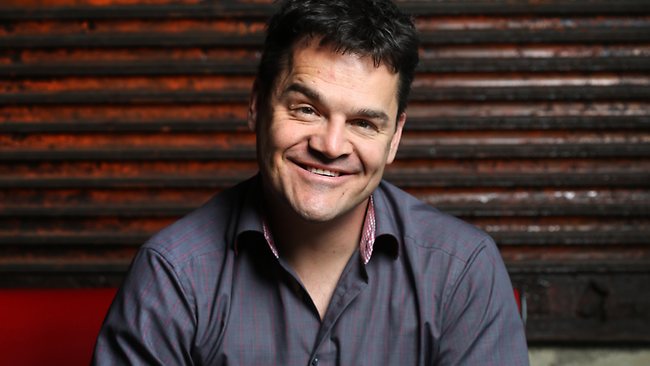 Stewart was quick to point out that wouldn’t mean “come the middle of July, we are suddenly going to reopen and have thousands of people in a mosh pit” but he said the versatility of the Powerhouse – which is comprised of spaces including the Powerhouse and Visy theatres, the Turbine Platform and Turbine Studio, the Graffiti Room, Riverbend and Rooftop terraces and outdoor performing areas – meant it was better placed than many other venues to adapt its reopening to changing social requirements.

“What we do want to do is get people into (New Farm) park and the precinct and that might be with activity through the day, it might be stuff that’s free, it might be things that are projected on our walls, it might be free music events or interactive artworks that are outside and it certainly might be visual arts and free exhibitions and things inside our venue.

“People come for lots of different reasons and lots of different experiences so we can be the Brisbane Portrait Prize or, or the World Press Photography Exhibition, I guess things like that – our exhibitions people wander through.

“Our main theatre can be a flat-floor space, it can be a cabaret space, a traditional theatre space, it can be a screening room for movies – it’s multi-purpose and can be used for lots of different things and I think that actually helps us.

“If we want to take the main theatre back to being flat-floor and have it be a space for an exhibition, where you came to it three o’clock on a Saturday, then that’s something we can do in that room. It’s not just operas at seven o’clock on a Saturday night, or whatever a traditional lyric stage or something might be.”

Stewart said he was keeping an open mind about “what the next six to 12 months” might look like but he also stressed the importance of having positive plans in place for residents to continue to engage with arts and culture.

“We don’t necessarily know how things are going to continually be eased after July so I’m trying not to have a fixed opinion on anything,” he said. “We just want to keep speaking honestly with our audience and when we know stuff we will talk to them and when things are being rescheduled, we will tell people when we know.

“What we don’t want to do is facing the world with this ‘we’re going to just stay closed’ mentality, we are a place that is trying to be as open as we can be. When we can we certainly want our building to be back reopened to the public and we recognise that this is going to be staged and staggered – you don’t go from being close to being 3000 people shoulder to shoulder building again, no one wants that.”

Stewart said not being able to celebrate the Brisbane Powerhouse’s 20th birthday with a public event was disappointing but he was looking forward to a deferred celebration when conditions allowed for it.

“Yes, it’s our 20th birthday but next year is gonna be our 21st,” he said, “and you know what’s going to happen? It’s going to be a f—ing great big party, and we’re all going to go, and we’re going to rock out in our venue for our 21st.

“This is a pause, it’s not a finish, and I think we are all going to want to engage with arts and culture when we come out of the other side, which is why I’m not sad about the 20th and the fact that we are alone for it – because the 21st will be a party and we will all be together again soon.”