Paul Dellit is an actor, singer, songwriter, director, fundraiser, fan and a fixture in crowded theatre foyers for the past 30 years.

As a producer at the Queensland Performing Arts Centre, he has been behind many of the state’s biggest and most popular live shows. He is also an active advocate behind the scenes, especially as a long-time member and current president of the Queensland Actors’ and Entertainers’ Benevolent Fund (ABF), which supports members of the industry in times of need. Like now.

For Dellit, making theatre and helping those who make it go hand in hand. He approaches everything he does from a joy of the profession, respect for those who have come before him and optimism about the future.

He began his performing career in theatre restaurant, where he came to know and admire stalwarts of the disappearing music-hall tradition such as Brian Tait, Sheila Bradley and David Bermingham, who were household names for their work on stage and the small screen in the 1960s and 70s.

Performances with Queensland Theatre’s touring theatre-in-education company followed, as did an association with La Boite, where his first producing venture came with the boutique musical Little Shop of Horrors, which was so popular that it outgrew the theatre and was remounted at larger venues.

Dellit became the manager of the Gardens Theatre at QUT and went on, among other things, to produce shows for the Brisbane Festival and Brisbane Music Festival, and, for 10 years, helm the annual Lord Mayor’s Christmas Carols. He also wrote a popular weekly email newsletter titled A Little Gossip.

By the time he joined QPAC in 2009, few people knew more about the state’s performing arts industry or were as well connected.

One of his favourite and most successful ventures has been bringing some of Broadway’s biggest drawcards to Brisbane to perform in concert.

The series began because of the “huge appetite” Queenslanders have for musical theatre. Shows such as Phantom of the Opera, Les Miserables, Wicked, Chicago, Mamma Mia, South Pacific and The Book of Mormon have attracted large audiences over the years, so the QPAC team decided there would also be a demand to see solo performances by international stars. 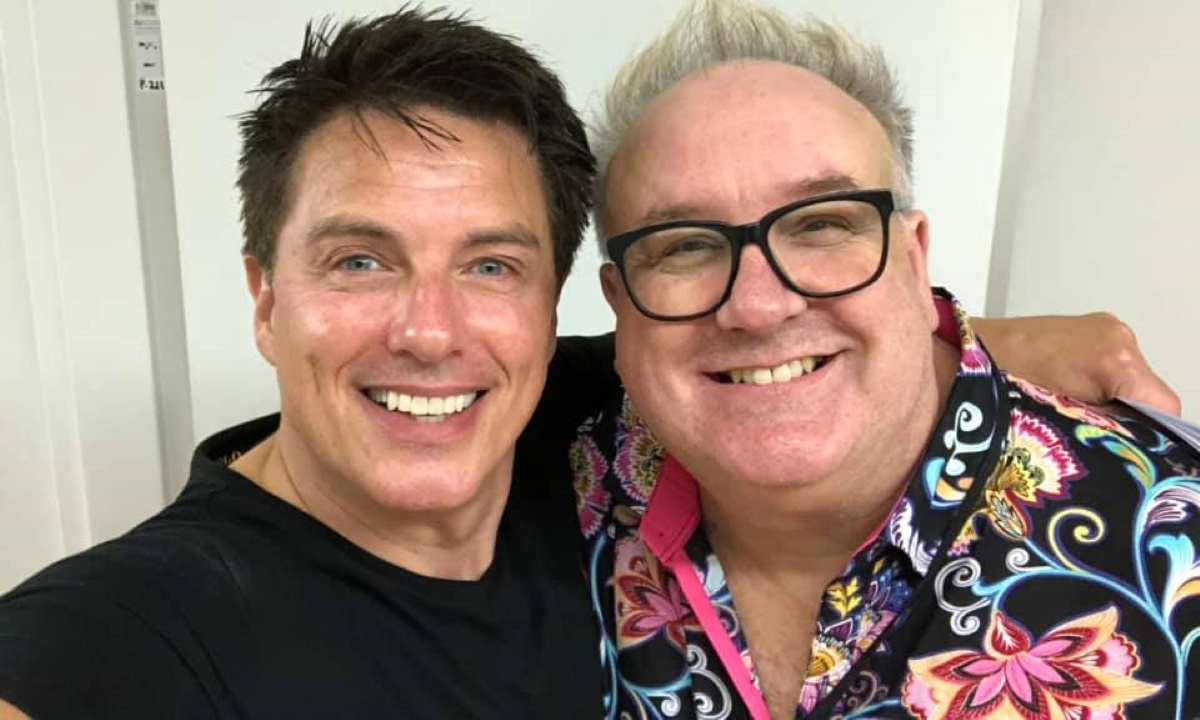 “These people want to come to Australia,” he said, “because they know the audiences are great.”

Dellit’s biggest tangible reward came in 2017 when he received the Medal of the Order of Australia (OAM) for his lifetime of service to the performing arts. That service includes many years as president of the ABF, which has recently launched a fund specifically to help those performers affected by the pandemic.

The offer of the gong came as a shock: “I was surprised and truly humbled. I had no idea.”

He subsequently discovered that the selection process for the medal involved recommendations from other people in the industry, and while he doesn’t know who they are, he is grateful to them.

“But,” he quipped, “the best thing about it was that my mother got to go to Government House for afternoon tea.”

While Dellit acknowledges the pain caused by the pandemic shutdown to artists who have lost up to a year’s worth of work, he is cheered by some of the positive things that have come out of this shared experience.

He noted the many others who had “given back” to the industry during the crisis, citing all those who have raised funds for the ABF and other causes, and performers who are now using the enforced shutdown to keep audiences entertained and their art alive via podcasts and social media.

He praised those established artists who have given their time to mentor the stars of tomorrow – something he tries to do himself. “I’m not the world’s greatest actor, so I don’t tell them how to act,” he said. “But I do tell them about the industry and help them get an agent. I’ve done that for quite a few people over the years.”

With one eye to the past – his Facebook page often features obituaries of once-well-known artists whose passing has been missed or ignored by the mainstream media – Dellit is also excited about the future of the arts and for QPAC.

Stressing that it’s a personal opinion, he said the new 1500-seat theatre now being built beside the Playhouse would provide greater flexibility in programming, attracting more premiere productions to Queensland.

“We can have a show do a [long term] sit-down season and be a tourist attraction,” he said.

And when that happens, he will be there, backstage and at the opening-night party, sharing in the sense of community strengthened by adversity.