Adam Zwar has journalism in his blood, but it was acting and writing for television where he found his true calling.

The son of two journalists, he studied at the University of Southern Queensland in Toowoomba before taking up a cadetship at the Cairns Post and Innisfail Advocate. This led to work in Brisbane, at the now-defunct Sunday Sun and the short-lived Queensland edition of the Sunday Telegraph, before he moved to Melbourne, where he was an entertainment writer for the Sunday Herald Sun. But all the time he was also writing, producing and appearing in plays and short films.

“It’s a bit different now, but for Gen X-ers there were only two ways to make it as an Australian actor,” Zwar, 48, told InQueensland. “You were anointed, which meant you were given a regular role in a TV show, or people kept casting you as the lead in films. Or you were a bit of a cowboy/girl, in that you got somewhere by producing your own career. I was definitely in the second camp.

“I would make short films year after year and put myself in them. And that’s how I got in front of casting agents. Fortunately, I had no dependents and I had an OK paying side-job, so I was able to put money into making these short films. I never applied for funding because I just couldn’t imagine a world in which anyone would say ‘Yes’ to one of my harebrained ideas. And Wilfred was the harebrained idea that got me noticed.”

Wilfred was co-created by Zwar and his frequent collaborator Jason Gann, who played the title character of a wise-cracking, pot-smoking canine who walks on two legs and looks very much like a man in a dog suit. The short film became an SBS television series, and was later adapted by a US network, again starring Gann, but with Zwar’s role, the dog-owner’s boyfriend, played by Elijah Wood.

Zwar’s next project was Lowdown, a series for the ABC based on his experiences in tabloid newspapers with characters based on real journalists.

He said the editor, played by Kim Gyngell, was inspired by his own boss in Melbourne, Alan Howe, and by Col Allan, who ran the Brisbane Daily Sun and Sydney Daily Telegraph before becoming editor of the New York Post.

“[Allan] once read a press release showing a slight uptick in the amount of unmarried mothers in Sydney and came up with the headline ‘AUSTRALIA, A NATION OF BASTARDS’,” Zwar said. “The show, and this kind of journalism, was a product of its time. Now it all feels a little quaint.”

To make Lowdown, he set up a production company with his wife, Amanda Brotchie, and Nicole Minchin. Together, they went on to produce the Agony Aunts, Agony Uncles and The Agony Of … series, in which Zwar interviewed well-known people about life’s dilemmas.

His most recent series have been the ABC’s Squinters, about commuters driving in peak-hour traffic, and Mr Black, on the Ten Network, about a sick man who makes it his mission to break up his daughter’s relationship. 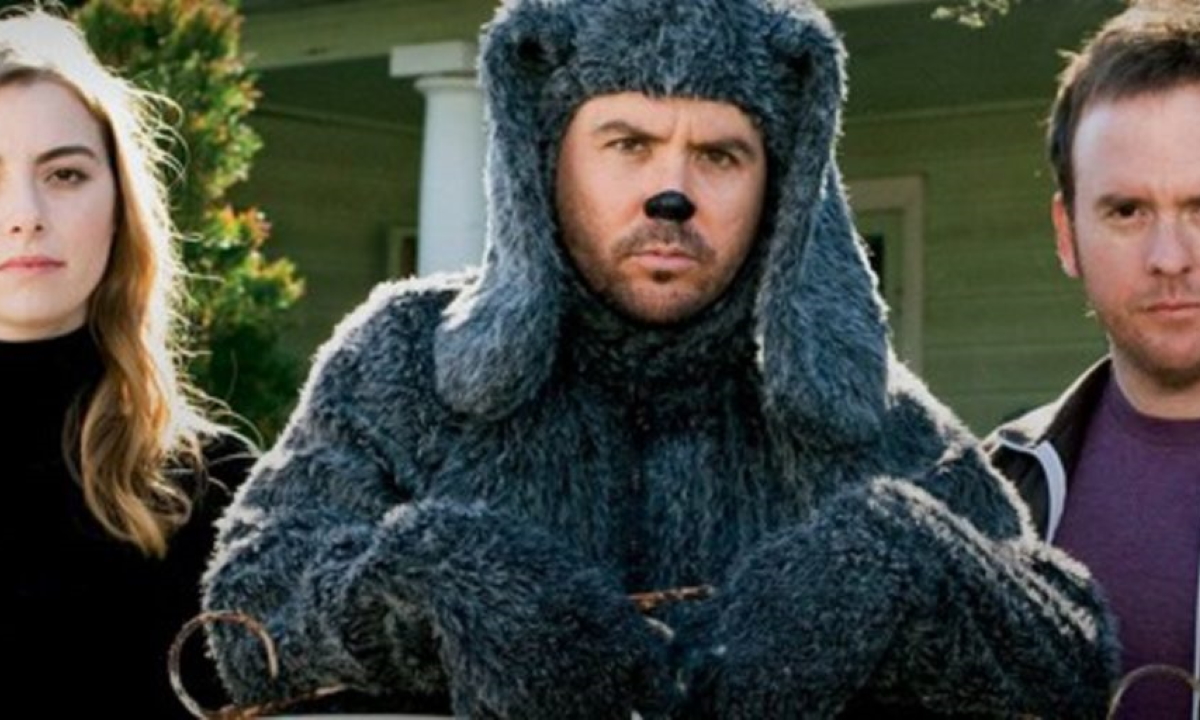 Thanks to their impressive body of work, Zwar and Brotchie were lured to Los Angeles about four years ago. Although his career has seemed like a smooth transition from local to national and international success, Zwar said he had suffered his share of rejections and setbacks.

“There’s so much heartache along the way,” he said. “You can spend months and years on a project – unpaid – and then it doesn’t get made. You can even have all the finance locked in and the show cast and then a network might have a change of heart.

“I go with the flow a lot more than I used to, because you can’t keep curling up in the foetal position every time a show falls over.”

He noted, however, that both Wilfred and Mr Black initially fell over, but were revitalised years later.

And for the future?

Asked for his advice on building a career in television, Zwar was unable to point to a magic formula. As with most things in life, it’s down to talent and hard work.

“Writing is a less mysterious artform than acting,” he said. “Screen professionals can be divided over whether someone is a good actor or not. But there are no such divisions when it comes to writing. It’s obvious from page one of a script.

“So when you’ve been hired as a writer on a TV series, you literally have nowhere to hide and no one to blame. If your script’s badly written, it’s on you and you won’t be rehired. And the only way to ensure your scripts aren’t badly written is to write every day.

“It’s similar to being an athlete and it’s a calling that detracts from so many other parts of your life, including hanging out with friends and family, going to festivals and gigs, or even having hobbies. So, think long and hard before you sign on for it.”