The first season of Lego Masters was a ratings blockbuster, with the family friendly reality show consistently drawing audiences of more than one million viewers over its ten-episode run, and this season, which premieres on Sunday night, looks set to build on that success.

The show’s premise is simple – eight teams of two compete in a series of challenges as they show off their skills and imagination in an effort to be crowned Lego Masters and take home $100,000 – and according to Blake, this year’s Queensland team, comprised of Gold Coast teacher Andrew and Brisbane graphic designer Damian, have the bricks and mortar to make the state proud.

“How cryptic do I have to be here?” Blake pondered when InQueensland caught up with the host in between his crashing of people’s Zoom meetings. “I’m going to say everybody will be very proud of the effort that the Queenslanders put in.  It’s a beautiful relationship on the screen, and they do very well”

Andrew told InQueensland he and Damian originally auditioned for the first season, but he was unable to get time off from work to commit to the months of filming involved.

“I couldn’t get any leave, because I’m head of department at my school, so it was a bit disappointing but Damian and I said, look if they do this again next year, we should audition and take it seriously and organise our leave and make sure we can actually make the time.  So that’s what happened, and the auditions came around the second year and we followed the process and got in.”

Andrew said he and Damian met several years ago through a shared love of the plastic building blocks and quickly struck up a friendship.

“We’re both members of QLUG – Queensland Lego Users’ Group – and also Brick Events, and they do shows regularly and we’ve displayed our stuff for a while, which is actually how we met.

“I’ve made a whole lot of new friends [filming Lego Masters] and Hamish is the loveliest guy off air as well, what you see is what you get with him.  And Brickman, too, we’ve all known Brickman as a builder and he’s a really nice guy and genuinely well-respected in the Lego community, so, to have him on your side as a coach and a judge, and then also as a mate afterwards, is fantastic.” 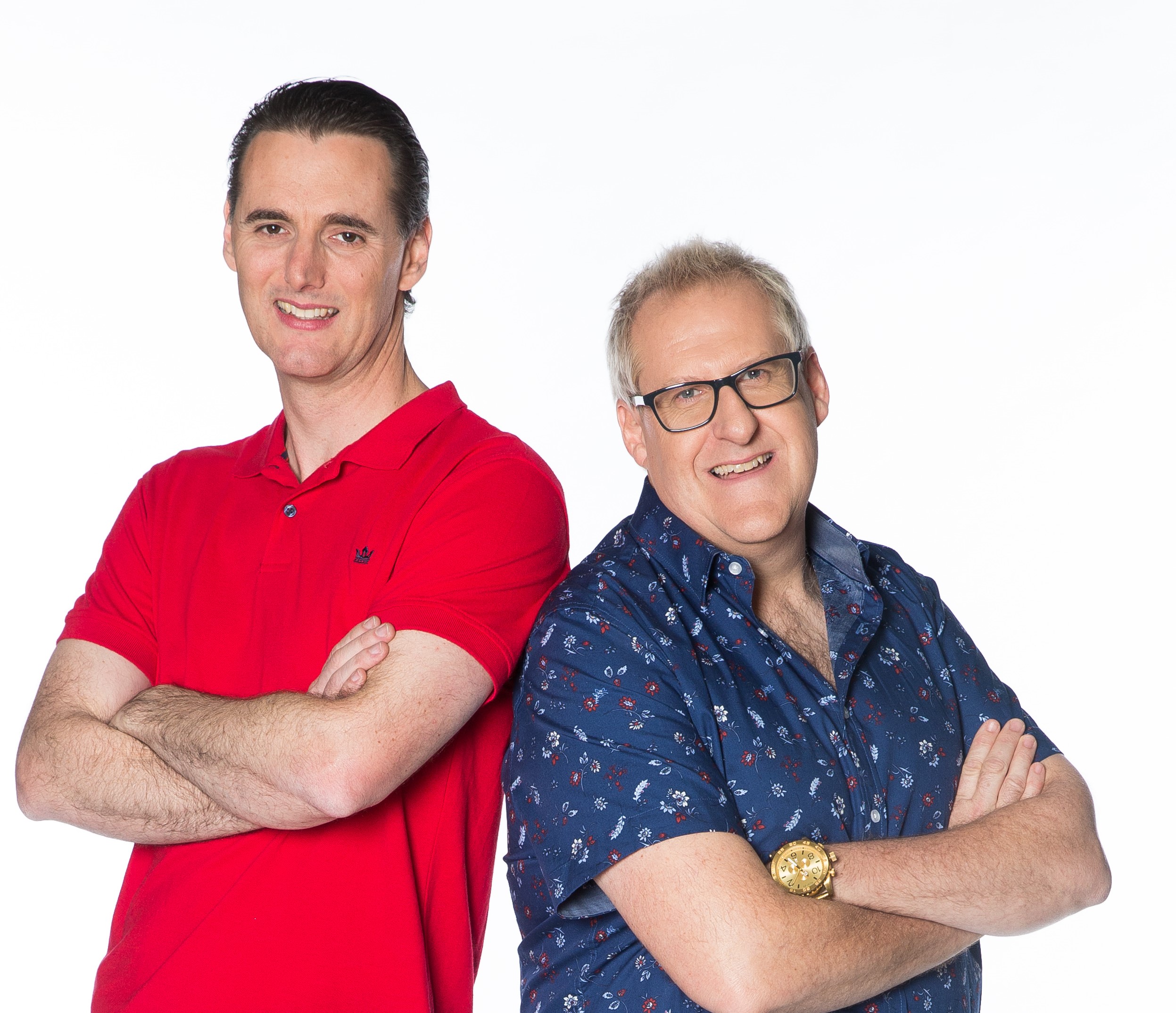 Andrew admitted there were some heated moments between him and Damian during the filming – which wrapped in January – but said he was pleased with how they performed.

“I’m really keen to see what the banter is between everybody else,” he said. “Without saying too much, I was really happy with how we went but we came into the show to build and just to enjoy that experience.

“We are competitive but wanted to enjoy building together with three-and-a-half million bricks, which you don’t usually get to do – it really is amazing, the brick pit is a phenomenon in itself.”

Although the concept had already proven to be a success overseas, Blake said he was pleasantly surprised by just how successful last year’s season – which attracted an audience of more than 1.5 million for its final episode – was.

He also said participating in the show had reignited his own love for Lego, although he insisted that despite being the host, he still had to purchase his own bricks.

“My little boy and I recently finished the Land Rover Defender, which took us ages but it’s a great build. People come over and see all the Lego in our house and go ‘oh, you must get it for free’, and that sounds really cool, if I was to get it for free, so I just lie to people and say I do get it for free, when in fact I just pay full retail online like anyone else.

“The show is actually costing me money to try and have this façade that the head office in Denmark is falling over itself to send me as much free Lego as they can, but in reality, I’m actually paying for it.”

Blake said he was thankful production on season two had finished before the COVID-19 pandemic but acknowledged seeing contestants working in close quarters might be an odd experience for viewers now that social distancing has become the social norm.

“People will be screaming at their TV, especially during the finale, seeing the general public being that close to each other,” hen laughed. “Even when the contestants stand next to each other on the show it looks weird, because there are 16 contestants and they’re definitely within a-metre-and-a-half of each other.”

But he said he was grateful to be able to play a part in delivering some wholesome, entertaining viewing that he hoped would provide some much-needed escapism to families stuck at home.

“Anything that provides an escape is an important thing for us mentally at the moment. Just being able to switch off and let your mind go somewhere else is a good thing to have in your day.”