But after three well-received visits since singer Ed Kowalczyk returned to the group in late 2016, they’re coming back again for next month’s Under The Southern Stars touring music festival.

“This is the most we’ve been to Australia in sequence, I think, ever in our careers, not just since the reunion,” Kowalczyk told InQueensland. “Of course, there are absolutely no arguments from us but it would usually be two years between trips.”

At the peak of their popularity, Live were arguably the biggest rock band on the planet, with their breakthrough album, 1994’s Throwing Copper, which featured enduring radio staples such as ‘Lightning Crashes’ and ‘I Alone’, selling more than 10 million copies worldwide.

Over the next decade-and-a-half, Live released a further five studio albums with Kowalcyzk and amassed global sales of more than 20 million but in mid-2009, the members of the band announced Live would be going on hiatus for two years.

That temporary break became a bitter and acrimonious split, with Kowalczyk and his former bandmates, guitarist Chad Taylor, bassist Patrick Dahlheimer and drummer Chad Gracey  – who had regrouped with a new singer, Chris Shinn – filing lawsuits and countersuits and throwing mud at each other in the press and on social media.

Then, eight years after they had last shared a stage, in a conciliatory attempt at quelling the drama, Kowalczyk and Taylor began exchanging messages and met for a beer and a few months later, the reunited foursome played a surprise New Year’s Eve gig in their hometown of York, Pennsylvania, and they have been touring together ever since.

“We split up and it was acrimonious there for a while, but the truth is, for 25 years before that – we’d known each other since we were kids – it was not acrimonious, it was good,”  Kowalczyk said.

“There were a lot more good times than bad times and I think once we got through all the negative times, the fact that we really do enjoy each other’s company and love each other and we’re a kind of family, that [acrimony] was able to mend up pretty quickly and naturally.”

Last year, Live released a 25th-anniversary edition of Throwing Copper, which resulted in the album reaching a remarkable 10-times platinum status in Australia, equating to sales of more than 700,000.

“Australian fans have always been so interested and continue this incredible amount of interest in the band,” Kowalczyk said. “It was just an incredible amount of albums and I just remember always feeling such a kinship with everyone down there, especially around the Throwing Copper release, and it really hasn’t gone anywhere in 25 years.”

Although this Australian visit isn’t officially a continuation of the Throwing Copper anniversary tour the band recently completed in the US, Kowalczyk said “the setlist for Under the Southern stars will essentially be what we were doing in the States last year, with a couple of things thrown in there for fun”.

“We actually toured with Bush – who were celebrating the 25th anniversary of [their album] Sixteen Stone – all summer and we have only been home for three months or so, so Australia feels like an extension of that tour.”

Kowalczyk said the band have bolstered their sound for their current live shows, with the addition of “a couple of extra guys on stage with us to ramp it up even higher”.

“We have Zak Loy, who’s actually been to Australia with me on a solo tour, playing guitar, and we have Clint Simmons, who’s playing this big percussion set on stage with us. We’re known for making a pretty big noise with just the four of us, but with these guys it’s even more powerful.” 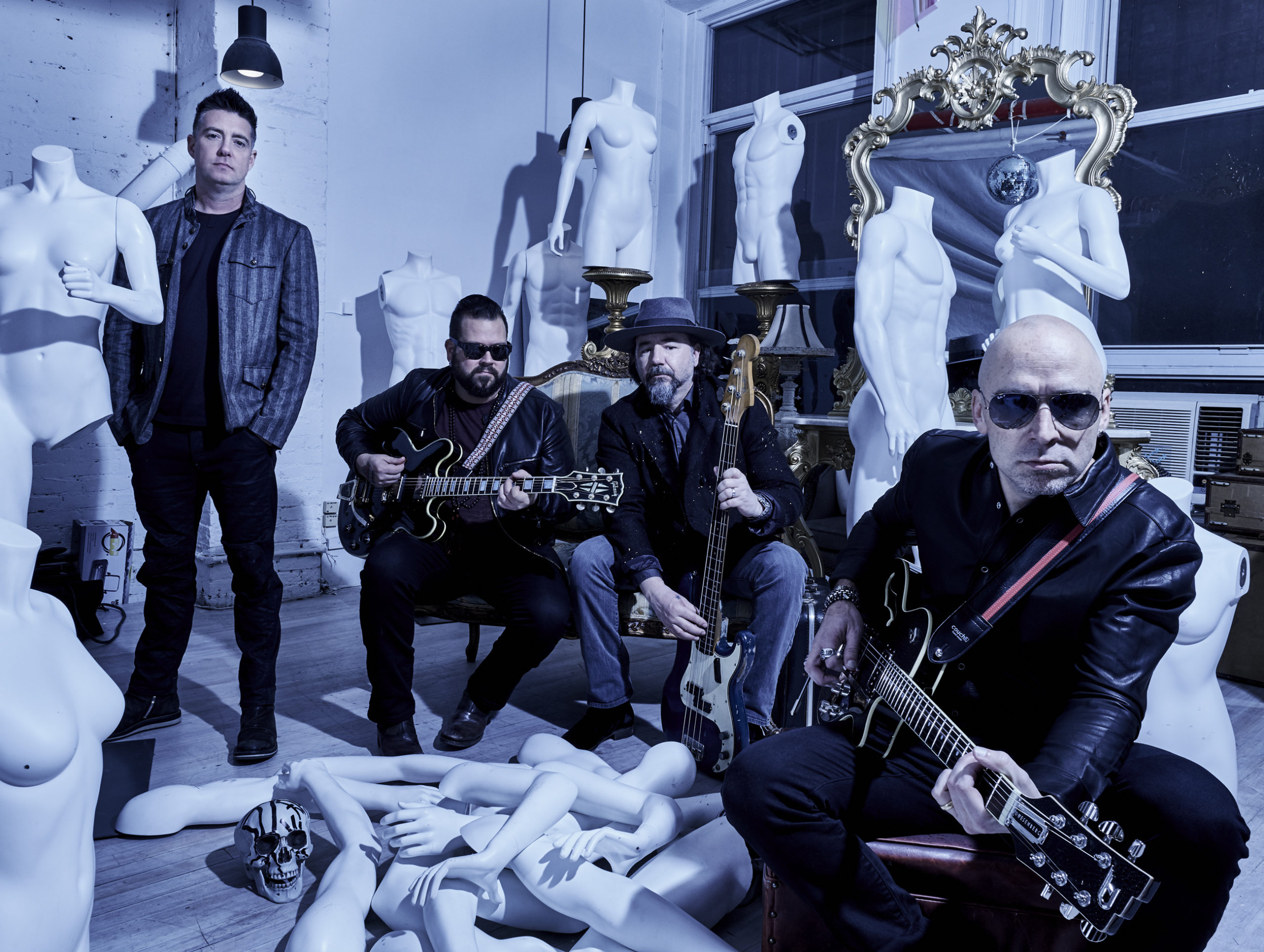 Live will return to the studio after their Australian tour to start work on a follow-up to their Local 717 EP.

Live released their first new material since regrouping in late 2018, a five-track EP titled Local 717, which features songs such as ‘Love Lounge’ and ‘Be a Giver, Man’, which recall both the blues and groove-tinged guitars and lyrical themes of unity that have underpinned the band’s most successful material.

“We took a lot of that energy and went into the studio and made that EP and I think it’s just a great little group of songs, and it’s really high energy.” Kowalczyk said.

“I’m hoping that kind of harkens to where we’re headed when we finally get into the studio again to record a new record, which has been tricky because of the demand for the band on the road – we’ve done two major US tours over the last two years and we’re actually taking a pause from that cycle this year to work on new music.”

But Kowalczyk also stressed that in 2020, the members of Live are enjoying living in the moment and “not really overthinking things too much or projecting too far into the future, we’re just enjoying being together again in a whole different way now”.

“It’s remarkable that we’re the same four guys all these years later, when most bands, at the very least, will have had one or two guys switch up.  We’re very grateful for that, especially in light of the fact that we broke up for seven years and we were still able to reunite with the four original guys, it’s something that we don’t take for granted at all.

“We realise it’s a special relationship and there’s a chemistry with the original guys and you just can’t match it.”

Under The Southern Stars is at Sunshine Coast Stadium on April 17, and Brisbane Riverstage April 18.  underthesouthernstars.com.au/