Brisbane singer-songwriter Plum’s acclaimed debut full-length Better in Blak was named Album of the Year, capping off a huge year for the Brisbane-based singer-songwriter, who was nominated for six ARIAs in November and snared the Best Live Voice award at the Queensland section of the National Live Music Awards in December.

The Jungle Giants were awarded Song of The Year and also took out the Pop category for their song ‘Heavy Hearted’, the first single from their forthcoming fourth album.

Busby Marou, accompanied by several of singer-guitarist Jeremy Marou’s brothers and cousins, opened the night’s entertainment with a rousing rendition of ‘Nabu Norem (The Reef Song)’, which also took out the Blues/Roots award.

“This is a special one, especially for me,” Marou said.  “We went back to Murray Island in the Torres Strait to record this song and tonight was extra special because I got to sing with my brothers, and my mum is in the crowd down here.”

Brisbane acoustic inside-rocker Harry Phillips was awarded the Billy Thorpe Scholarship, which includes $10,000 and career advice from Chugg Entertainment. Phillips told InQueensland the win “meant the world” to him.

“The hardest part of being a creative is you do all the right things and then you still don’t have the funds to make it work,” he said.  “To get a bit of recognition with this and then the funds, as well – it’s just an unbelievable door that’s opened for me that will allow me to do things I wouldn’t otherwise have been able to do, it’s just incredible.” 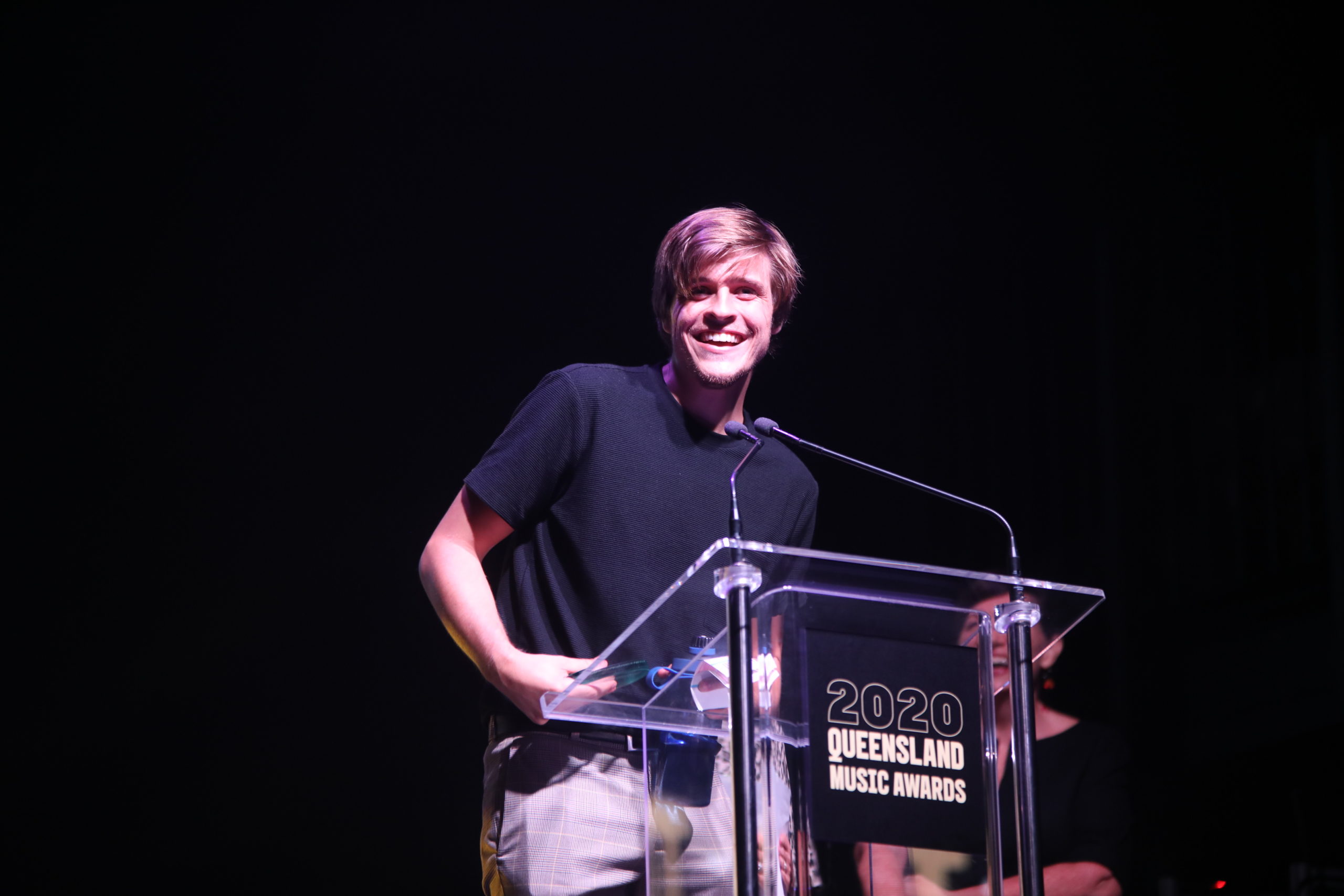 Fresh from her headline-grabbing appearance at Eurovision – Australia Decides last month, Jaguar Jonze took out the Singer-songwriter/Folk category for her song ‘Beijing Baby’, and told the audience it was the first award of any kind she had won for her music.

Multiple ARIA Award-winning Gold Coast singer-songwriter Amy Shark, whose ‘Mess Her Up’ was named Highest Selling Single, paid tribute to Jonze’s win, and said her 2016 QMA win gave her the motivation to continue pursuing a career a music.

“I heard [Jaguar Jonze] say just before that this was the first award they had ever won,” Shark said. “In 2016 I won an award for ‘Golden Fleece’ – I won my first ever award.

“No one really cared about me at all and I won a Queensland Music Award for a song and it changed my whole mindset.

“I really needed that award at that time of my life to keep me going, so thank you so much, for giving me that.  I can’t believe I’m here tonight winning the highest-selling single, thank you so much.”

“If I can follow the footsteps of her career, I’ll be pretty chuffed,” Jonze told InQueensland. 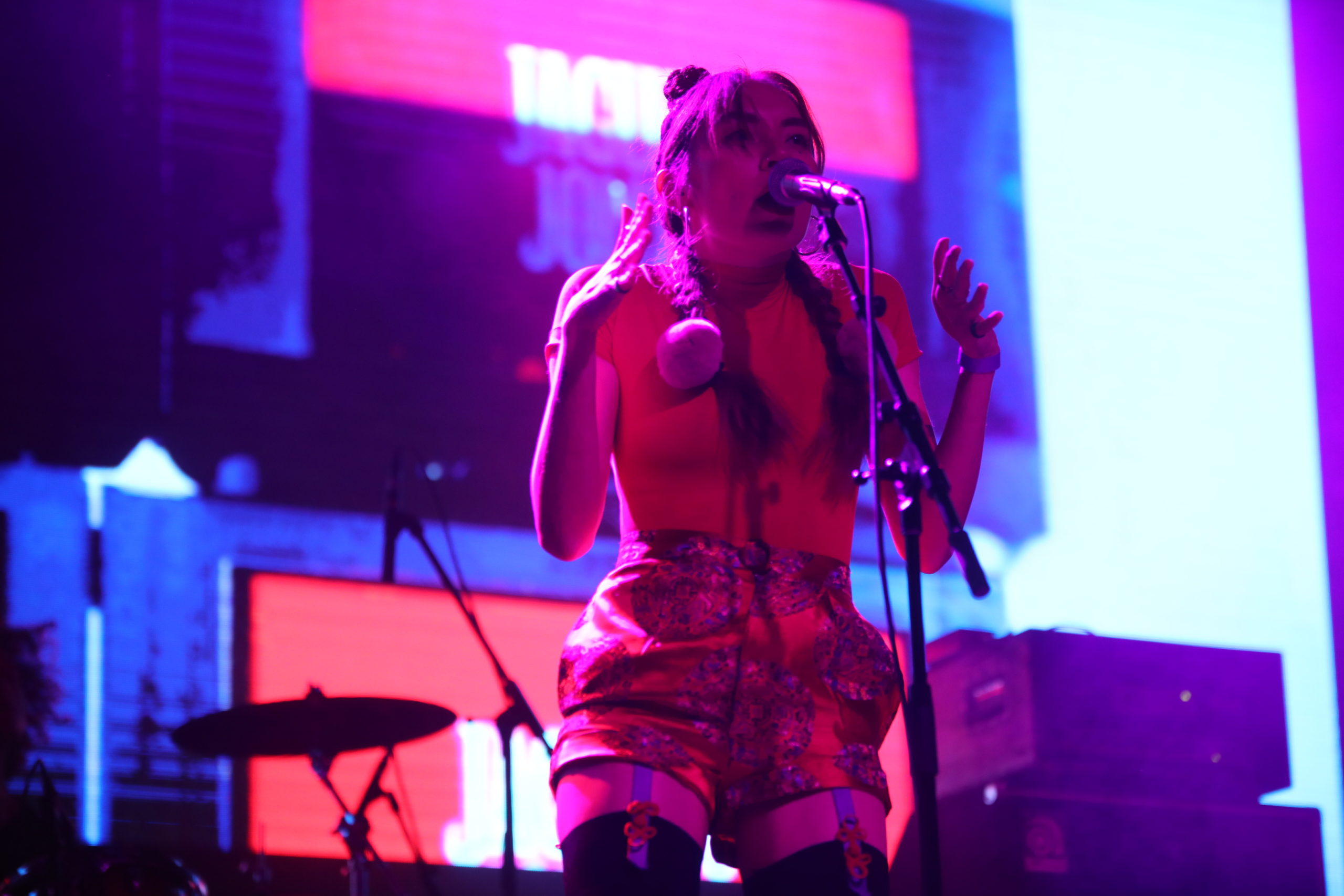 Shark was also on hand to present Brisbane-raised Sony Music Australia and New Zealand chairman and chief executive Denis Handlin with the QMusic Honorary Award, in recognition his 50 years’ service to the music industry.

“The artists come first and I will never take that for granted,” Handlin said. “It’s all about songs and brilliant artists and for the fans that just build that passion and support, and for [the artists’] to get that reward of people responding to those great songs and the magic they create.

“I’ve been very fortunate to have made a career out of a hobby.  I’ve always believed that we must be humbled by success, and the biggest room in the world is room for improvement.”

Matt Hsu’s Obscure Orchestra won the World Music category for ‘Make Everything’ and Hsu gave the most heartfelt acceptance speech of the night, during which he explained how musical exploration had helped him embrace his cultural heritage.

“The thing that brought me out of that boxed-in self-racism thing was music, and not indie music, because I never felt particularly welcome or represented as a non-white person. But exploring music from around the world,” Hsu said.

“As I discovered these rhythms and sounds from around the world, I was emboldened to unearth these layers of cultural complexity in myself, and began seeing that as something beautiful, not something to hide in order to fit in.

“So it’s a strange and wonderful honour to receive this award for world music, because world music – music from around the world – made me the person I am today, a proud musician of colour, so thank you very much.”

Conrad Sewell’s record, Life, was recognised for Highest Selling Album, and Nat Dunn, who has penned songs for international chart-toppers including Rita Ora, Charli XCX, Marshmello and Anne-Marie,  took out the Export Achievement Award, while The Kite String Tangle, aka Brisbane-based producer and songwriter Danny Harley, won the Electronic/Dance and Video categories for his latest track ‘P()L4R’.

“I’ve been lucky enough, for three years in a row, to win some sort of award, and I think I’m not going to win, every time, and it’s extremely flattering,” Harley told InQueensland.

Brisbane punk scene stalwart and lead singer of Blowhard, Brentyn “Rollo” Rollason, was posthumously honoured with the Grant McLennan Lifetime Achievement Award in recognition of his decades of work inspiring others in the music industry with his work on stage and through his Club Splurt venues.