The festival, which runs from July 31 until August 9 in Townsville, will include 32 events, including four world premieres and 11 Australian debuts.

In addition to being the festival’s 30th anniversary, 2020 will also be renowned UK pianist Kathryn Stott’s third and final year serving as the AFCM’s artistic director, and she has assembled a stellar line-up, with more than 125 pieces being performed by 47 artists from Australia and abroad.

“It has been an unbelievable privilege to have been programming this wonderful festival for three years. Because of the scale of it really is huge,” Stott told InQueensland.

“I think really the thrill is no particular person but this collection of incredible musicians I’ve been able to bring to Queensland, to Townsville, and then really seeing everything that I create on a piece of paper back home come to life in a really amazing way.

“The really kind of magical thing is bringing international artists into Australia, many who have never been to Australia before, let alone played in a festival, and then meeting a whole host of musicians they may have heard about but never played with, and vice versa.  Australians love that, I think they love meeting people from all over the world, and making music together.”

Stott has programmed three separate concerts inspired by Beethoven in recognition of the great German composer’s 250th birthday, one of which is a commission of Goldner Variations that will feature 25 of Australia’s most acclaimed composers, including Elena Kats-Chernin, Graeme Koehne, Paul Grabowsky, Andrew Ford and Robert Davidson.

“There are some Beethoven celebrations for the 250th anniversary of his birthday, so obviously we pay homage to him, as the great composer that he is.”

This year will also feature the youngest artist to have ever taken part in the festival, 12-year-old Melbourne violinist Christian Li, who made history last year by becoming the youngest-ever winner of the Menuhin Competition, the world’s leading competition for violin players under 22.

“I’ve created an event that will include him with a wonderful cellist, Sheku Kanneh-Mason, who’s coming from the UK, and a wonderful young pianist, Kevin Chow, who won the ABC Young Performers Award. It’s a concert very much devised for these young performers and I very much wanted Christian to be included in that.”

Stott said chamber music was sometimes unfairly considered to be an overly serious pursuit, and while she acknowledged the artists involved are incredibly dedicated to their craft, she said there was also a comparable level of frivolity involved.

“On stage, there is nothing more serious than actually what goes on, but these are fun people and it’s all about human interactions,” she said.

“I think what the audiences love, is they see the relationships at the beginning of the festival they see what it can be like at the end.”

Although the majority of the events are ticketed, Stott said there would be opportunities for everyone in the community to get involved.

“We have about 30 events taking place over 10 days, but there’s a wonderful outdoor concert that doesn’t cost anything, and you can bring a picnic and sit out on the lawn and that’s the Queens Gardens event, we usually get about 3000-4000 people at that.

“We also have a family concert for young kids and if you want to dress up as a cat or a dog you can dress up as Stan and Mabel, who go to set up their own orchestra.  That’s going to be brilliant and I can’t wait for it.” 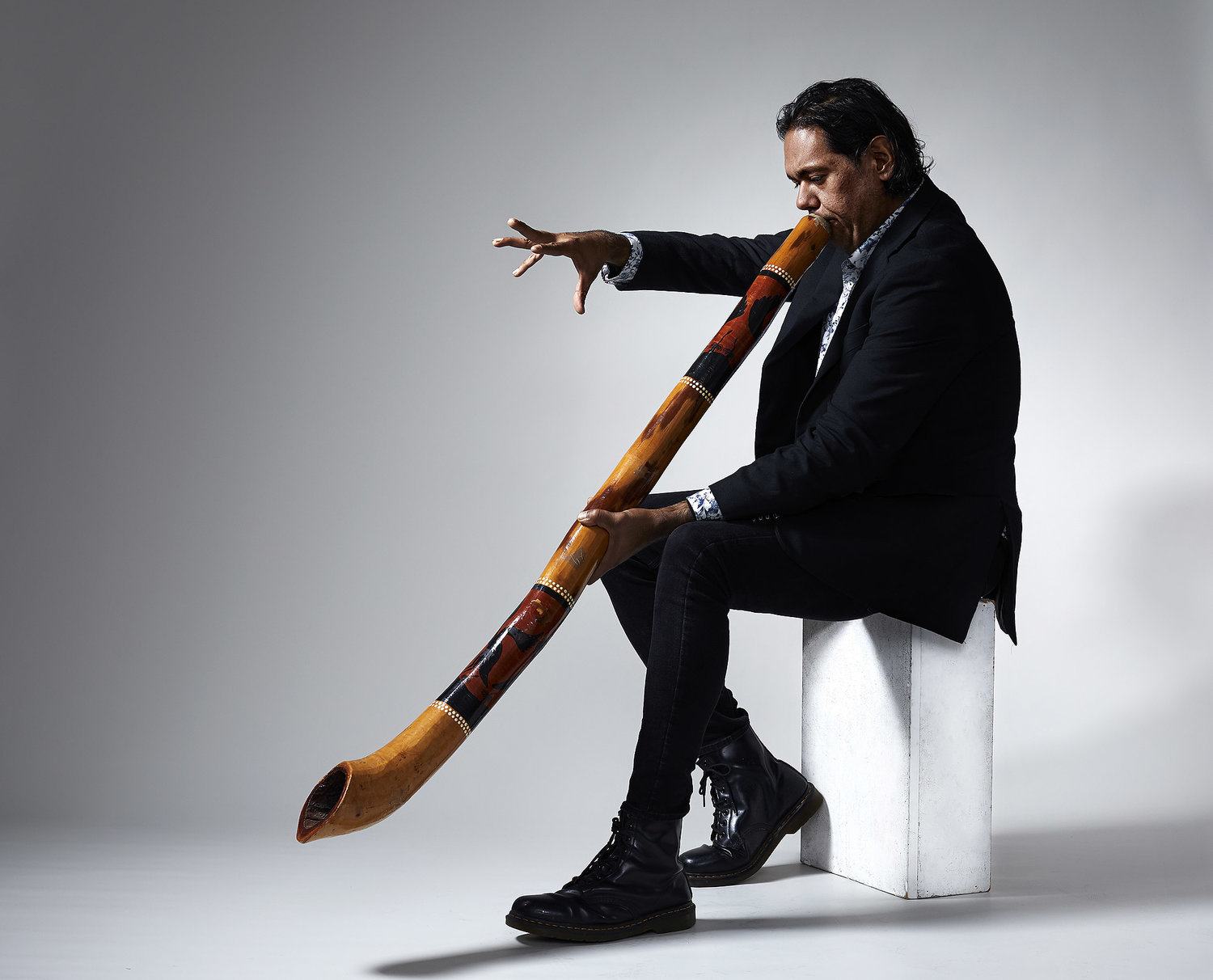 William Barton will play at the Australian Festival of Chamber Music, including a performance at a special Palm Island concert.

Another highlight will be the Palm Island concert, in which festival attendees will take a day trip to gain an insight into the Indigenous community before a one-hour concert that showcases some of the AFCM’s musicians’ talents for festival-goers and island residents.

“We’re taking our audience over there and I think it’s going to be a really rewarding experience for everybody,” Stott said. “This is not a place that’s had an easy history but I think this is something where we can contribute to their life there, bring people in to really see how it is, contribute to the economy, people are going to be able to walk around and meet people.”

“I don’t want it to be something where we just go in, do our thing and leave immediately.  I’m hoping it’s something that will continue into the future and it’s wonderful we have William Barton with us and he’ll be doing on that trip too, that will be exciting.”

Stott said the thing she would miss the most about being at the creative helm of the AFCM was being able to showcase the state’s north to people experiencing the region for the first time.

“I will miss being able to bring in people and say listen, this is Queensland. This is Australia. I will miss it, you know, but it’s never goodbye, it’s goodbye for now.”