The Oscars have long represented a way for the American film industry to celebrate and market its achievements.

Even when there are surprising wins, like this year’s top awards sweep by South Korean film Parasite, the Oscars tell us more about the values of the industry or what it wants to say than what might objectively be called a “best” picture or achievement.

Indeed, the optics of this year’s Oscars represented liberal “inclusion” at its peak, with Janelle Monáe and Billy Porter kicking off the show. There was also a land acknowledgment by Maori Indigenous screenplay award-winner Taika Waititi and many of the announcers were white women or people of colour — in a year of a largely white and male nominees.

Nevertheless, it was surprising that the Academy of Motion Picture Arts and Sciences snubbed Greta Gerwig in the category of best director for her film Little Women considering the movie’s critical acclaim and that Gerwig is already one of only five women ever nominated for a Best Director Oscar (for Lady Bird).

Our mutual interests in researching and teaching contemporary media culture, feminism and the representation of girls and women in popular culture lead us to to ask why Little Women has been undervalued by representatives of the academy. 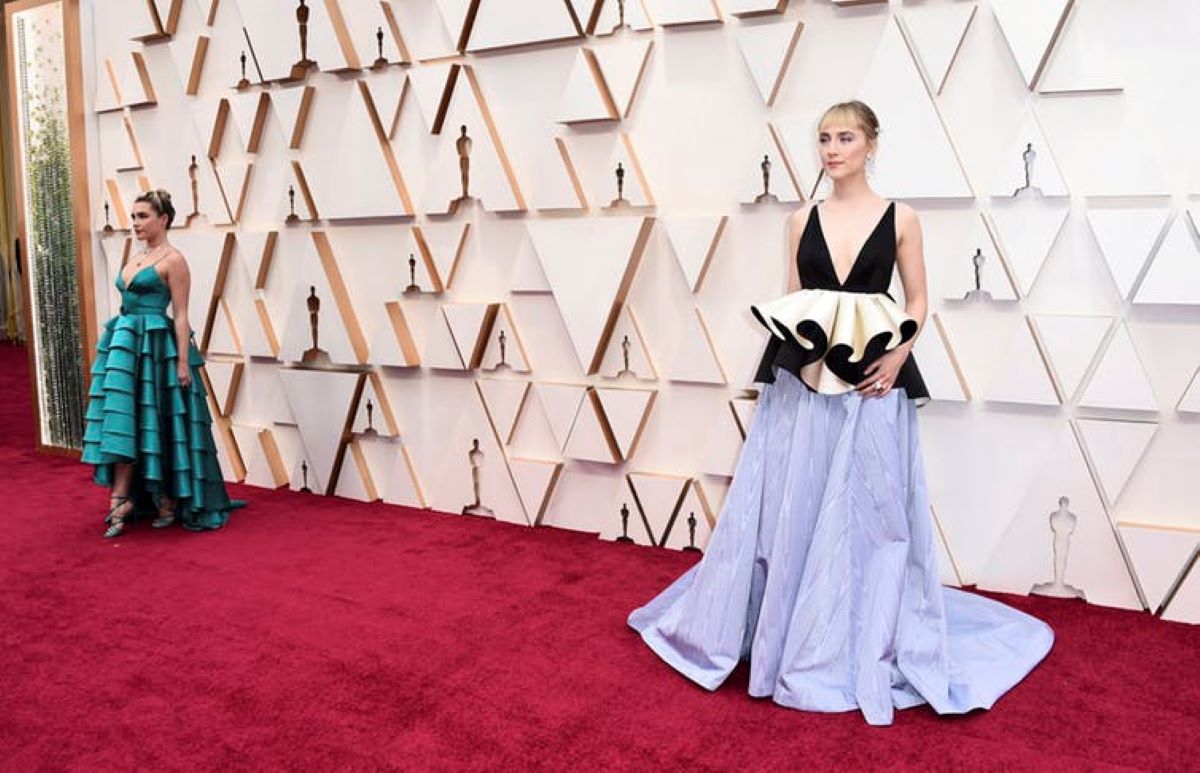 Gerwig’s omission from the best director category reinforces the film’s assertion that creative women are not celebrated as much as their male counterparts.

And recognition of the film in other categories shows the ways that Hollywood tends to support new retellings of classic novels that reproduce ideologies like capitalism, patriarchy and white supremacy over time, even as these ideologies shift and are cloaked anew.

Louisa May Alcott’s Little Women has been re-imagined by every generation since its publication. It was a Broadway play in 1912, a ballet in 1969, an opera in 1998 and has been made into dozens of television series and films.

Gerwig’s adaptation gives us perhaps the most explicitly feminist take to date on the classic novel, highlighting the value of women’s joy and labour. 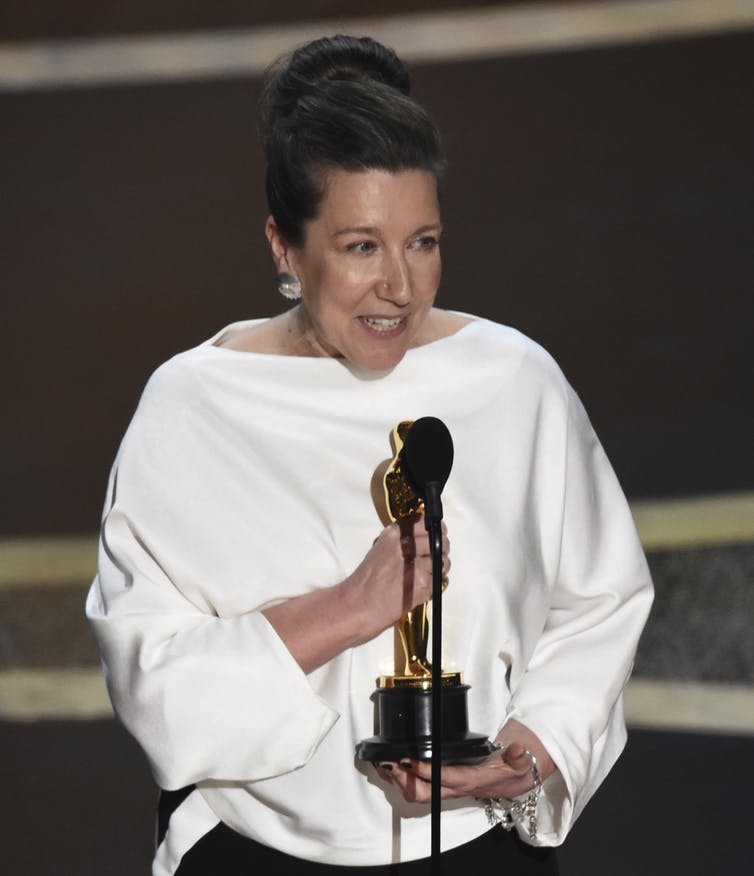 The story is a perfect vessel for adaptation: it can be tweaked to take on the weight of current culture while maintaining a veneer of the past. Contemporary audiences can find inspiration in the characters’ feminist resolve while feeling safe in the knowledge that many of the struggles they face are relics of the past.

Little Women’s only 2020 Oscar win was for best costume design (Jacqueline Durran), reinforcing the nostalgia of the film’s appeal. We buy a ticket for Little Women not to leave the problems of 2020 outside the theatre, but to see them represented safely in the past.

In the era of Donald Trump, abortion bans and #metoo, the sisterhood of the March girls resonates. The movie creates space for the characters to speak openly about their anger, ambition and artistry.

They have fun together and make feminist proclamations such as “I’d rather be a free spinster and paddle my own canoe.” 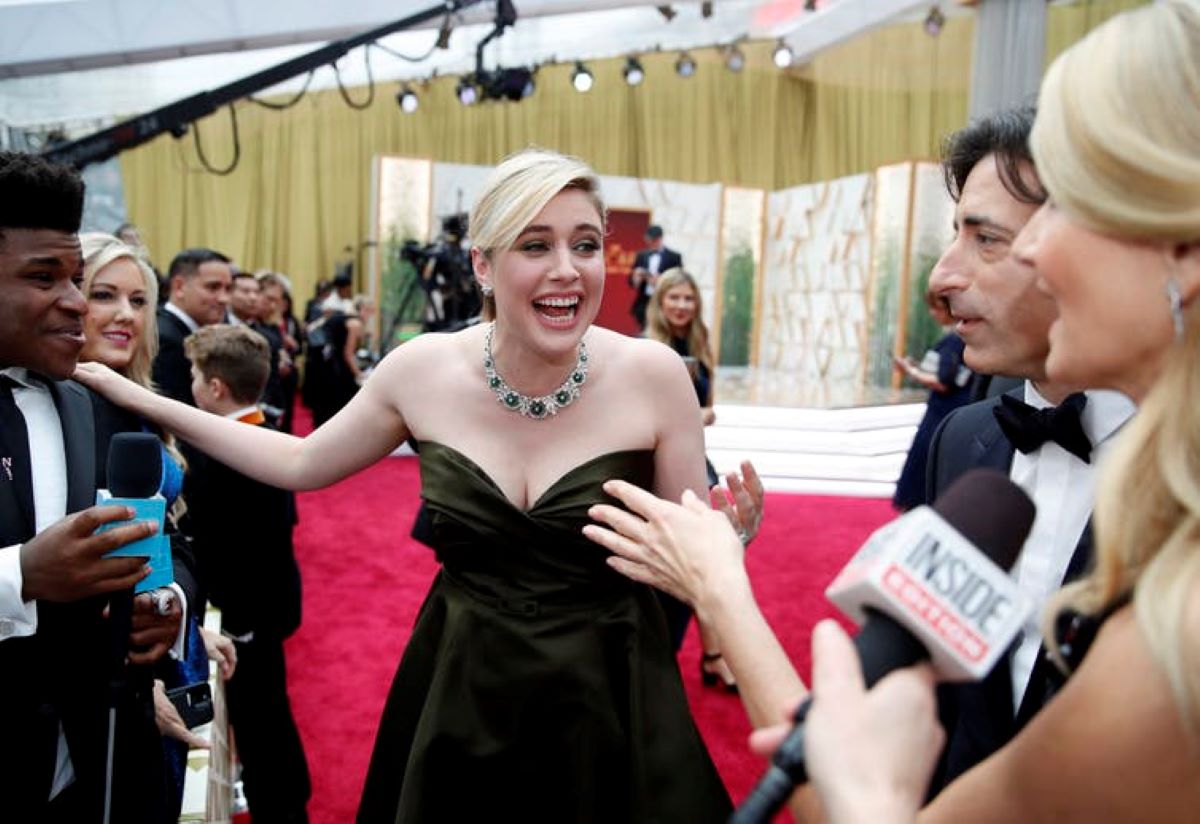 Greta Gerwig arrives at the Oscars on Sunday, Feb. 9, 2020, at the Dolby Theatre in Los Angeles. (AP Photo/John Locher)

The March sisters and their mother have built a home filled with familial adoration and creative support: Meg is a budding actress, Jo a talented writer, Beth an expressive musician and Amy an ambitious artist.

Their struggles are also relatable to contemporary audiences. An adult Amy makes a frank observation: “Don’t sit there and tell me that marriage isn’t an economic proposition, because it is.”

As much as the world has changed since Little Women was published, marriage or cohabitation today is still in many ways an economic proposition, even more so with the gender pay gap.

Jo and Amy both speak about their loneliness and limitations of life choices. Meg bemoans their poverty relative to her friends. In one of the film’s scenes, their mother talks about how she is angry nearly every day of her life.

They are aware of their class and gender oppression, but still participate in marriage and uncompensated homemaking.

Their acknowledgement of women’s anger and isolation is comforting because many of us are still angry and isolated, more than 150 years after the novel was published.

We want to cheer for the women on screen because there is so little cheering for women — still — in real life. At Harvey Weinstein’s trial, his lawyers argued that he is the one who’s been victimized, not the scores of women traumatized on his casting couch; the far right is invested in a long-game strategy to disassemble women’s reproductive rights; and the man elected to the highest office in the United States has been credibly accused repeatedly of sexual assault.

While Jo’s publisher asks her to change her novel’s ending to have her heroine find romantic love, the truly fulfilling “couple” at the end of Gerwig’s film is Jo and her book, a lovingly crafted art object in parallel to Gerwig’s own filmmaking.

Little Women does important work highlighting the economics of marriage and promoting the idea that women can be creative artists and not just muses.

But while it’s true that some individual women may succeed through their individual agency, championing their achievements does nothing to dismantle the oppression of women, femmes, non-binary people and indeed people of all genders.

It’s seductive to believe that women simply need to work hard, be authentic and stick to our principles to transcend patriarchy. But as both Jo’s publisher and the Oscars show, until there is structural change, no amount of exceptional individuals or mere representation can solve the problem of patriarchal and racial capitalism.