Overseas consumers have trouble defining Australian fashion, and a well-recognised trademark could fix that, according to the chief executive of the Australian Fashion Council.

“We feel like this trademark and the campaign behind it will help identify exactly what we represent,” Leila Naja Hibri told AAP.

It will stand for “effortless style, raw nature, boundless optimism and fearless innovation”, as well as a progressive social and environmental outlook, Ms Naja Hibri said.

The trademark, which will be a digital marker rather than a clothing tag, was funded by just under $1 million in government money and launched at Sydney Fashion Week on Monday. However the committee wants an additional $69 million to promote the campaign internationally.

To qualify for the Australian Fashion trademark, brands must meet at least two out of five criteria – being Australian made, Australian owned, paying tax in Australia, with majority Australian employees, and contributing to jobs and the local economy.

The new logo comes two years after an abortive attempt to change the “Australian Made” logo from a kangaroo into a “wattle spray” design which was derided for looking like a Covid-19 virus particle.

The logo coast an estimated $10 million to develop under the watch of more than 480  leading Australian business and marketing executives including Alan Joyce, Andrew Forrest and Mike Cannon-Brookes. It has since been reported that the new wattle spray would be dumped. 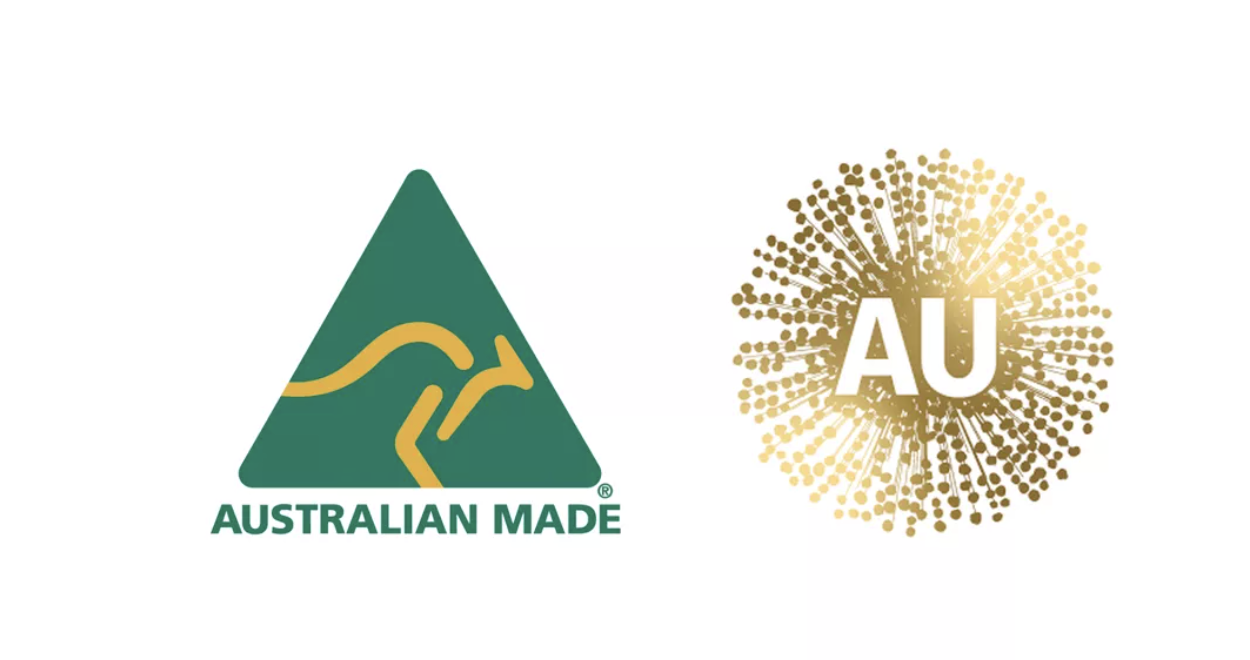 Two years ago Australian Made spent more than $10 million changing from the iconic kangaroo emblem (left) to the wattle spray (right) which was later dumped.

Naja Hibri said she was confident the rules around the new Australian fashion stamp would be tough enough to disqualify overseas competitors, with only a selective group of truly Australian brands able to qualify.

Regular audits of the certification would not be necessary, according to Naja Hibri, who was confident an honour system would work for the small domestic industry.

The trademark launch comes as a report for the Fashion Council by accounting firm EY shows the industry could grow by about $11 billion in the next decade, adding 86,000 jobs, to be worth $38 billion by 2032 .

The certification would be free for the first year, after which brands will have to pay licensing fees.