The proposed development has won heavy backing from the Palaszczuk Government, conditional on Mirvac meeting certain benchmarks including agreements on tenancies and preservation of the heritage listed dental hospital building for future uses.

The planned tower, with a distinctive open air design for its lower levels, is the latest example of the flurry of planned development activity spurred by the transformation of the nearby Roma St precinct.

The precinct, one of the government’s priority development areas, will feature a revamped “Grand Central” station and the Brisbane Live stadium as part of the Cross River Rail project.

A planning report lodged with Mirvac’s development application says the building will be constructed on the eastern side of the 9000 square metre block and described the design as incorporating a podium and suspended tower typology.

Designed by local architects Blight Rayner, the proposed development will have various terraces and skygardens and feature a public plaza at its base and provide easier access to nearby King Edward and Wickham parks. 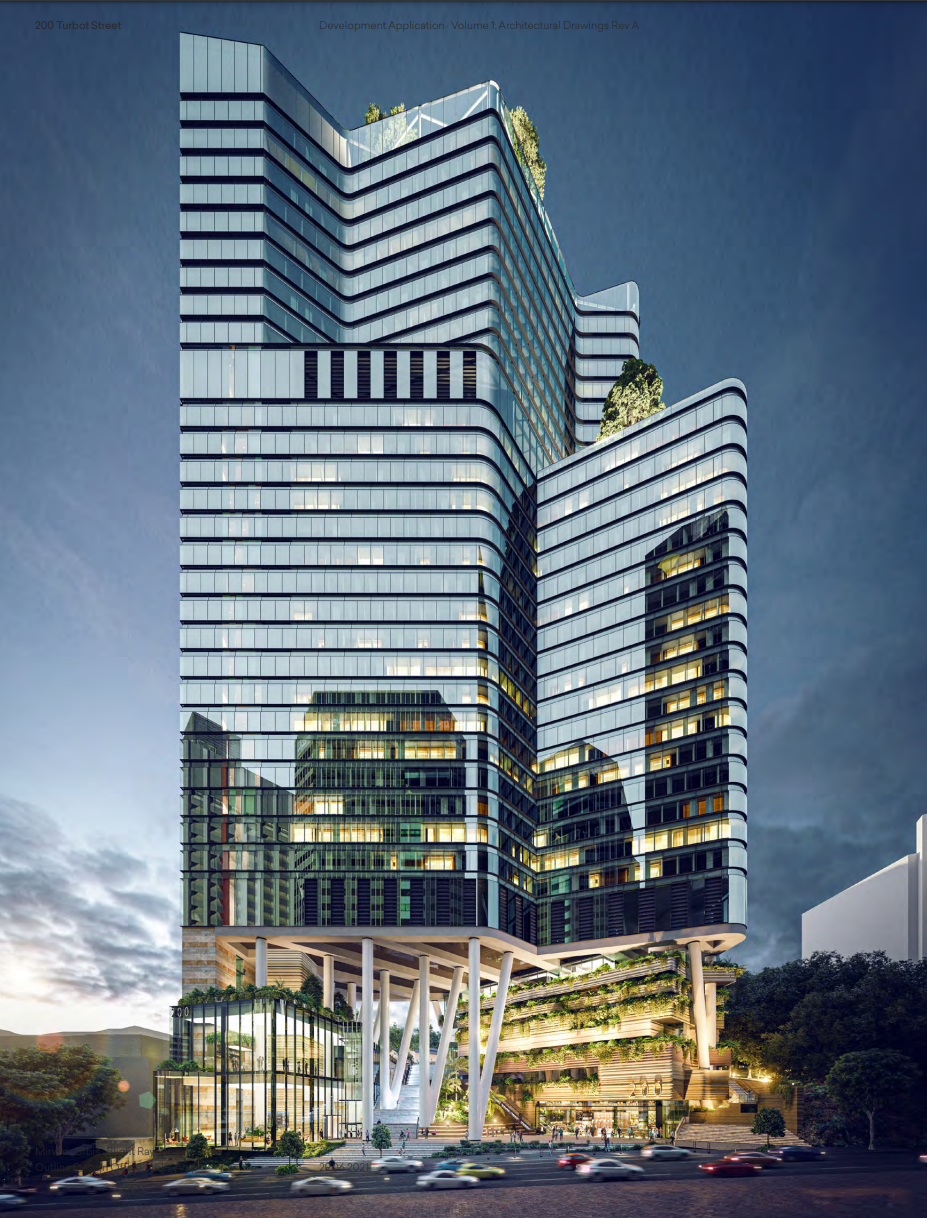 It will have a five-level car park built above ground due to the rail corridor running under the site.

“The Brisbane Dental Hospital and College on the western part of the site is retained and integrated as part of the development through shared access, parking and servicing arrangements with the new commercial tower,” the report by consultants Urbis states.

The site at 200 Turbot St was one of six parcels of government-owned land identified by the Property Council in 2017 as ripe for redevelopment.

Several large government organisations are looking around the CBD for somewhere to house thousands of staff, with federal agency Services Australia understood to be considering the Turbot St development as a potential new home.