The new tower will be the fourth hotel on The Star precinct of Broadbeach Island and means construction will start while the 53-storey Dorsett tower is still being built ahead of its 2022 opening.

The Star Group’s Queensland chief Geoff Hogg said the fast-tracked construction meant the hotel would be ready for when international tourism demand returned.

“The reality is while there are some real challenges short term, now is actually a really good time to be in construction and developing and building,” he said. 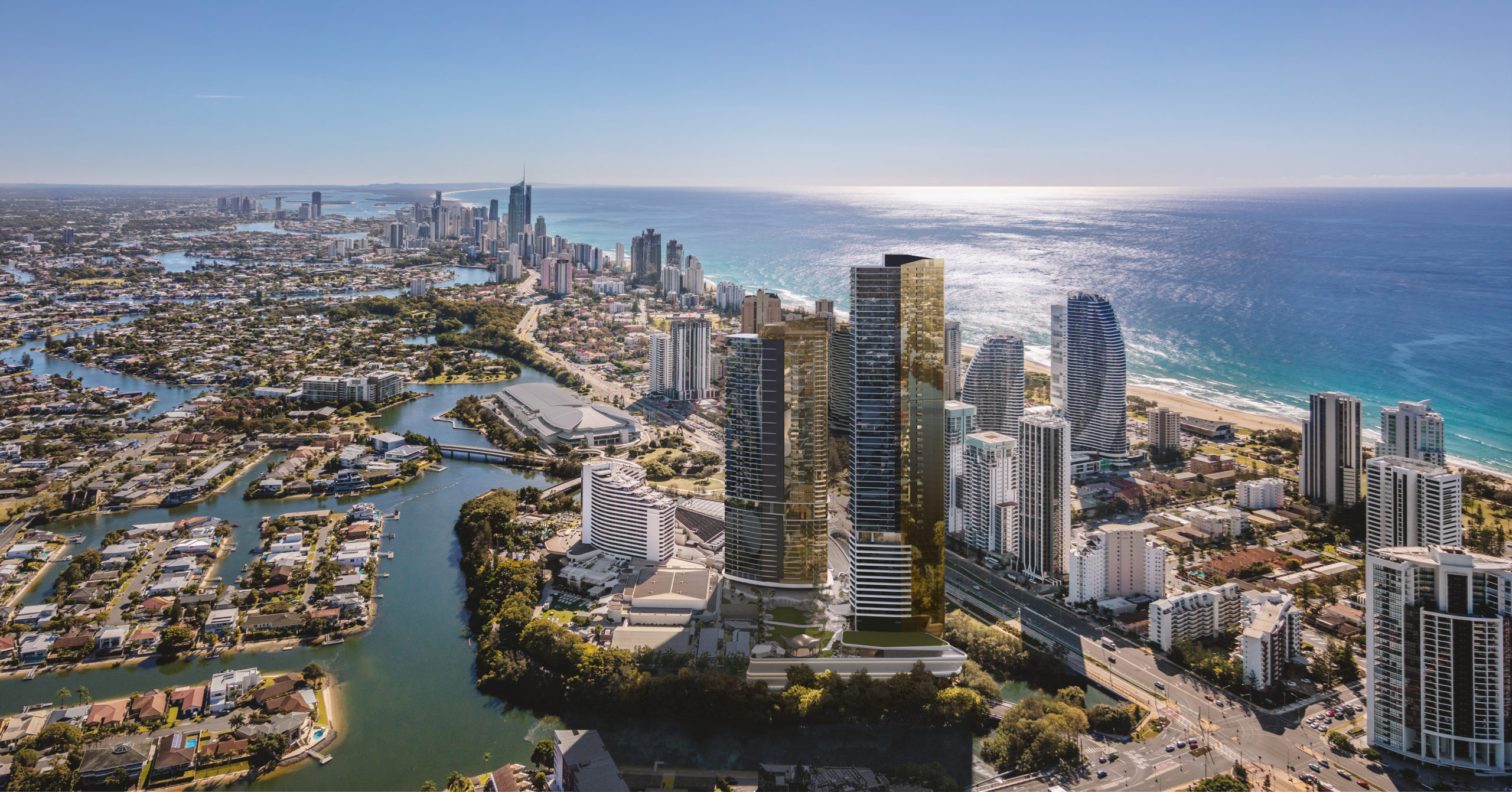 The fast-tracked Gold Coast super tower will form part of a growing precinct under The Star banner.

Tourism Minister Stirling Hinchliffe said the tower would be a “jobs bonanza,” delivering 1800 direct and indirect jobs, and another 500 jobs once operational. It was expected to inject more than $400 million into the Gold Coast economy.

Getting infrastructure ready and maintaining and supporting the reputation of Queensland as a safe destination would be vital in rebuilding the state’s visitor economy, he said.

Work will start on the latest tower in February making the 210-room hotel and 460 residential unit tower ready for opening in late 2024.

Negotiations remain ongoing as to the hotel operator for the new tower, with a deal expected to be finalised within the next two months.

Around 70 per cent of the one, two and three-bedroom apartments have already been sold, with increased demand over Christmas from Sydney, Melbourne and local Gold Coast buyers.

The State Government approved a $2-billion masterplan for The Star in 2018 that allows for up to seven towers.

Hogg said the new tower was the second stage of the masterplan, which involved operating four hotels and expanding food and beverage options at the site. The new supertower will be number four, joining the Dorsett and the existing Star Grand and Darling towers.

“We’re doing this because we know the domestic and international tourists will be coming,” Hogg said.

“The boost that the Gold Coast will have from 2025 and beyond will need more hotel accommodation to meet that demand and we still have another three towers to consider and work through. We’re very excited about the expansion.”