Bain Capital takes over today as Virgin Australia’s new owner, following the sale of the airline in September.

Virgin Australia collapsed in April, one of the first corporate casualties when the coronavirus pandemic brought the entire global airline industry to a halt.

The Boston-headquartered firm that took charge initially promised Scurrah would be kept on as CEO, but in early October, Murphy announced former Jetstar boss Hrdlicka would take over in November.

In his only interview since the announcement, recorded in late October, Scurrah told the Curveball podcast that he was not hurt or emotional about having to step aside as Virgin’s CEO.

“We mutually came to the agreement [with Bain Capital] that I would leave,” Scurrah said.

“Jayne [Hrdlicka] is the right person to take on and deliver their plan and to deliver to the expectations I have as an investor.

“And quite often, you see private equity will go to people they know and people who they feel as a safe set of hands and aligned to their outcomes. And that is the reason why they have appointed Jayne.”

Hrdlicka, part of Bain Capital’s successful bid team, was previously chief executive at Jetstar and A2 Milk, but reportedly at one stage left the negotiation room during the bidding process because of tensions with the unions.

Announcing her appointment, Murphy said airlines were facing extraordinary challenges and that “Virgin Australia requires a different form of leadership to survive in the long term”.

“Given the environment, we need a hands-on CEO with deep aviation, commercial, operational and transformation experience,” Murphy said.

“Jayne is the right person to take the business forward under Bain Capital’s ownership.”

Before working at Virgin, Scurrah was the boss of Queensland Rail and has recently been tipped as a possible replacement as Australia Post’s new CEO.

Scurrah said leaving the post of Virgin CEO “didn’t hurt” but it had not been easy.

He said he had learned through his time in the role that he was more resilient than he realised. 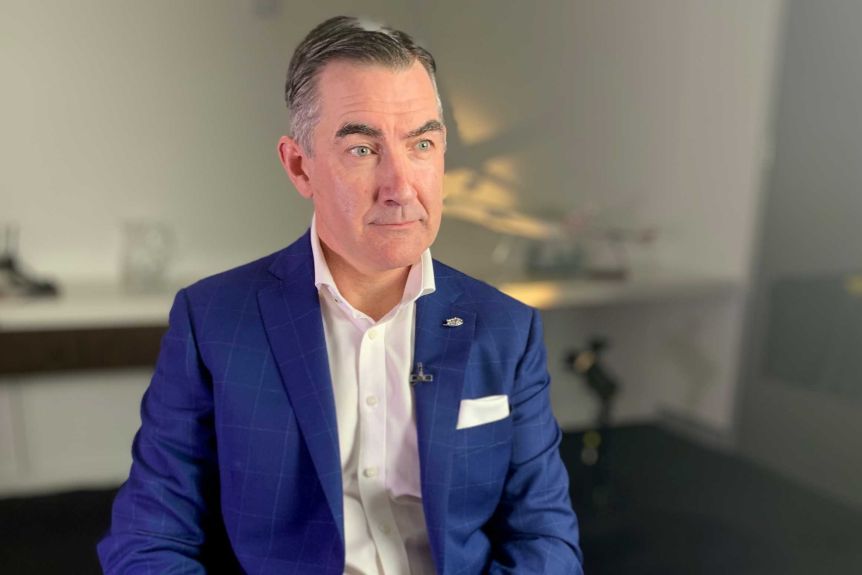 “Personally for me, I think in the last 18 months, I don’t think I’ve had an easy day — so it has felt like five years; I am incredibly tired,” he said.

“I had to dig deep at times.

“I lost a lot of sleep, which is not the best way to prepare to be mentally sharp.

“And there were times where we just took on the task. It was in front of us and I think made some really good decisions.

“We made mistakes along the way as well, clearly. But I think the mind is capable of a lot more than you give it credit for.”

He said he was still “cheering from the sidelines” for the airline to succeed and would remain engaged as an adviser until the end of January.

What next for Virgin’s remaining workers?

Bain has committed to retaining as many jobs and services at the airline as possible, although the unions are worried about the future of its remaining 6000 staff.

There has been criticism that Scurrah was too slow in acting to cut costs at the airline before the pandemic hit.

Speaking on the podcast, he said he wanted the best outcome for Virgin’s remaining workers, and dismissed the notion that he’d been a “one-trick pony”.

“I’m very good at restructuring and cost reduction,” he said.

“And I can do it in a way that actually brings the people on the journey with me.

“As hard as it was to ask a lot of people … to leave the company, through no fault of their own … [it] didn’t have to come with being callous or brutal.

“And we did it in a way where people who have left have all expressed their gratitude to the way they were handled. And that’s something I’m particularly proud of.”

Airlines are in deep trouble

Scurrah said one of the best decisions made when the pandemic hit was implementing a Facebook platform to communicate with staff.

“Remembering that we had over 8000 people stood down — what kept us all connected was this tool, this platform. And it allowed me to communicate with them [workers] really frequently as things changed,” he said.

“So we were able to [post] three and four times a day in the heart of it all, tell them a story as it evolved. And that really helped a lot.”

There are suggestions remaining workers could be forced to take hefty pay cuts under Bain’s management.

Scurrah said he was not a part of that discussion.

“That’s still subject to the enterprise negotiations that are going on right now,” he said.

“I think the unions were well aware that there was a need to change and to take some pain as well.”

He said the board would also likely change given the company was no longer in public ownership; it was possible the board going forward would mostly be made up of Bain executives.

Virgin’s bid for a Federal Government bail-out drew harsh comments at the time from Qantas boss Alan Joyce, who said any support should be part of a wider industry package.

The bid subsequently failed, but Scurrah said he had a “good relationship” with Joyce.

“I have the utmost respect for him [Alan Joyce]; he has done an amazing job at Qantas,” Scurrah said.

“My personal position was that in an unprecedented crisis, the whole industry needs to come together.”

He also spoke of his admiration for how former Queensland premier Anna Bligh handled the 2011 Brisbane floods.

Scurrah said the night before Bligh gave her famous speech on January 12, she couldn’t make it home from the Emergency Management Centre, so she stayed at his house and wrote her Queensland speech in his family’s spare bedroom.

The heartfelt way that she handled the crisis was “now the gold standard for emergency management”, Scurrah said.

Scurrah did not reveal his next career move, but said he wanted to take time off to travel.

“I’ve made a promise to myself that I’m not going to say ‘yes’ to anything until the New Year.”