Headquartered in Brisbane but very much a Gold Coast creation, the company has ridden the property market wave and been responsible for some of the best known developments housing projects in the state.

At one point it could boast developing the world’s tallest building, Q1 on the Gold Coast, along with the hotel for the uber rich Palazzo Versace and a remarkable plan for the old ABC site at Toowong where it planned to develop champagne flute-like buildings.

It has never seemed to be a company plagued by self-doubt or lack of aspirations.

But now, it has revealed a plan to sell off its assets over three years and effectively become a shell. Its board figured it was either that or endure another decade-long period of being undervalued.

After 30 years, it will distribute its cash to shareholders over the next three years and fold up its tent and walk away.

Managing director Sahba Abedian, the son of the company’s founder and chairman Soheil, rejected a suggestion that they were giving up. 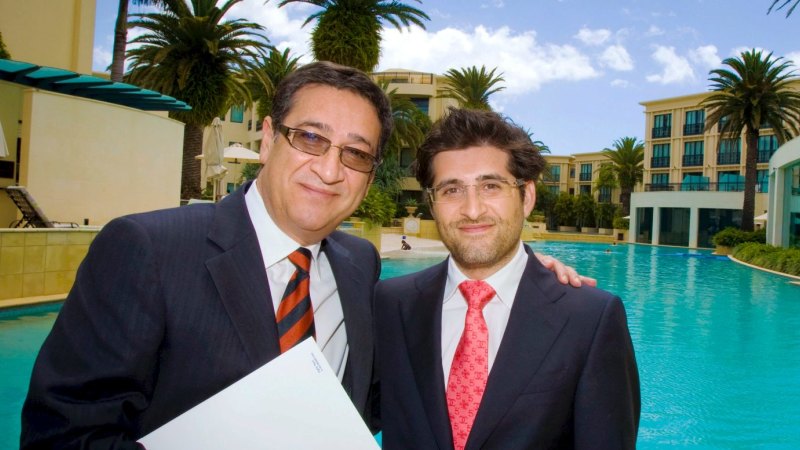 It all came down to the numbers, he explained. The company’s net tangible assets (the assessed market value of its assets) were about $2.56 a share. Before its announcement this week its shares were $1.32, which meant there was more than $1 a share discount to its real value.

But there are big changes in the market as well. The pandemic has been good to southeast Queensland property and there is a massive transfer of wealth from Sydney and Melbourne into the southeast corner. Expats are also moving money back home.

Even with that sparking a price surge it wasn’t enough for Sunland to see a future.

“Even to considerably scale up would have meant we assumed more risk and debt, which is one thing neither the banks nor the board had an appetite for,’’ Abedian said

“The answer is this is the most sound and prudent approach given the circumstances.’’

He said a turning point was the global financial crisis.

“It has to be seen in context. Prior to the GFC our share price was in excess of $4 and our NTA was just below $2.

“So, post the GFC it was inverted. Our share price was around the $1 mark and hovering around 80 until 2015 when it touched $2. Our NTA has increased through some capital management initiatives to reach $2.56 which is where it is at today.

“There is a significant disconnect between our share price and our NTA. Even now we are trading at a 20 per cent discount to the stated NTA.

“It becomes abundantly clear that the markets are not rewarding you or at least fairly attributing value to the inherent business.

“I think the market just does not see a space for small to mid-cap developers. It’s probably that they see this as the realm of private equity.’’

It isn’t the case that the company has not tried to get better value, but last financial year it sold off three assets including the Mariners Cove site on the Gold Coast. That project booked a big profit for the company. So too did the Lakeview project on the Gold Coast.

It indicated to the board that while the assets had real value people were willing to pay for, the market just wasn’t prepared to do the same for the company’s shares and the surge in the property market was not going to change things.

“It (the pandemic) will probably just compound things. The period post the GFC was not able to bring about a change and now we have seen another crisis emerge that would naturally see us in a decade-long period where potentially we would not see the expected growth that shareholders should want to see from a company.

“Naturally, it was not an easy decision to make. But the board’s decision was that every shareholders should be able to at least receive fair value and this is the best way to achieve that.’’