The shares of Brisbane-based internet company Superloop were on a downward trend earlier this year. It was yet another tech creation of Bevan Slattery, a Rockhampton-born leader in Brisbane’s small but growing tech sector. But like some if his other creations, Superloop was not doing so well.

Since October last year, the Slattery magic seemed to be wearing off and Superloop was edging slowly down from its highs above $1 to 59 cents when the ASX turned to custard on March 19.

No one could have guessed that in the next six months a massive wealth splurge would occur that would generate $1.7 billion among just four people, including Slattery, and their Queensland investments.

They were rich before the pandemic hit but what is remarkable is the astonishing turn of events that supercharged their investments. 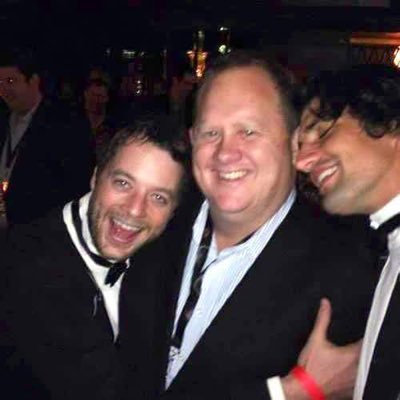 As the borders closed and the nation was sent home to lockdowns, people who had been saving for international holidays bought cars and motorbikes. The lockdowns forced people on to the internet and suddenly people had the time to do those odd jobs around the house or car.

There was the added stimulus of JobKeeper and the billions that would be withdrawn from superannuation accounts.

Jack Cowin, of Hungry Jack’s fame, was already wealthy but as Domino’s chairman his shares have been remarkable this year nd Domino’s has been one of the companies that have ridden the pandemic well. Cowin holds 23 million shares in the Brisbane fast food company and on March 19 they were worth $44.70 each. They’re now worth $81.20, the best result in four years, and in six months they have accumulated about $853 million.

For Slattery the bonanza was good but not as good as Cowin’s. He had founded and sold Pipe Networks and NEXTDC. He went on to start Superloop and Megaport and is at least $150 million richer than he was on March 19.

Since March 19 the share price has rocketed and added $67 million to his wealth. Megaport has been on a steady climb from a year ago when it was $8.12. It’s now sitting on $15. Slattery sold 5 million shares in April for a $65 million payday. He still holds 13 million shares worth $197 million.

Slattery’s wizardry in picking the right technology at the right time may have become self-fulfilling and has spread interstate to the Perth based 3D mapping company Pointerra. Earlier this year, Slattery threw $2.5 million its way in a share placement of 50 million shares at 5 cents. Pointerra is now basking at 44 cents having reached highs of 50 cents on September 3.

That stake is now worth $22 million. The next big thing for Slattery may be FibreSense. He recently told a tech magazine that its Vidar technology could be as big as 5G.

Next was intelliHR, a Brisbane company which is headed by Tony Bellas and Greg Baynton. Those two men have grabbed the tail of another tiger, Novonix, a Brisbane rechargeable battery company that has skyrocketed in recent months. Baynton recently sold shares in Novonix for an $8 million payday while Novinix has jumped from 18 cents six months ago to a high of $2 on the back of what it claimed was a breakthrough in the technology.

IntelliHR announced a $5.5 million capital raising in August which included 2.5 million shares were issued to the Slattery Family Trust at 7.5 cents a share. The company is now trading at 24 cents, more than triple the issue price.

Sydney based Nick Politis has done well out of Eagers Automotive, the Brisbane-based car dealer that is emerging from the blow of Holden backing out of manufacturing in Australia.

Super Retail Group’s Reg Rowe and his wife Hazel started selling car parts in 1972 and the company has been a remarkable growth trajectory ever since. It now owns the Super Cheap Auto, BCF and Rebel brands and has benefitted from internet shopping and people doing their own mechanical work during the lockdowns.